"The good book says don't throw stones at glass houses, or make sure we're looking at the log in our eye before we are pointing out the moat in... 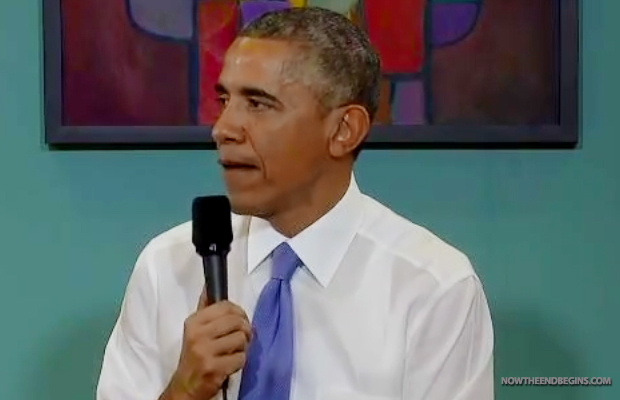 “For they that are such serve not our Lord Jesus Christ, but their own belly; and by good words and fair speeches deceive the hearts of the simple.” Romans 16:18

During a speech on immigration in Nashville, President Obama revealed the depth of his knowledge of the bible with one of everyone’s favorite references to living in glass houses:

“The good book says don’t throw stones at glass houses, or make sure we’re looking at the log in our eye before we are pointing out the moat in other folks eyes,” Obama said. Just one problem, the bible mentions nothing about glass houses. The proverb Obama attributed to the bible is actually from Geoffrey Chaucer’s ‘Troilus and Criseyde’ (see below).

In addition to his biblical misquote, Obama also tied his immigration policy to the Christmas story, saying, “If we’re serious about the Christmas season, now is the time to reflect on those who are strangers in our midst and remember what it was like to be a stranger.” This analogy drew conservative ire as opponents of the president’s immigration reform noted that Mary and Joseph were actually visiting Joseph’s ancestral home.

Now, in all fairness to the president, mega-church pastor Joel Osteen didn’t fare any better in his Facebook post that went viral just a few months ago..

The history of the “glass houses” quote:

The proverb has been traced back to Geoffrey Chaucer’s ‘Troilus and Criseyde’ (1385). George Herbert wrote in 1651: ‘Whose house is of glass, must not throw stones at another.’ This saying is first cited in the United States in ‘William & Mary College Quarterly’ (1710). Twenty-six later Benjamin Franklin wrote, ‘Don’t throw stones at your neighbors’, if your own windows are glass.’ ‘To live in a glass house’ is used as a figure of speech referring to vulnerability.” From “Random House Dictionary of Popular Proverbs and Sayings” (1996) by Gregory Y. Titelman (Random House, New York, 1996). Origins Of Sayings