Was the Horse and Rider of Revelation 6 Seen In Egypt?

Did a ghostly horse and rider materialize and streak across the screen during a live MSNBC newscast from Egypt today? We're not sure what it was, but it sure... 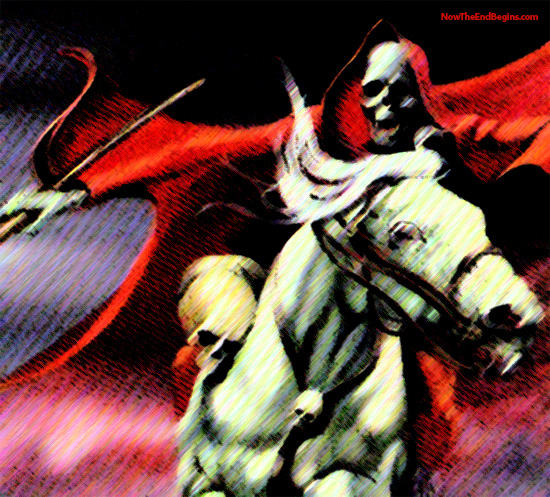 A funny thing happened on the way to the revolution…

“And when he had opened the fourth seal, I heard the voice of the fourth beast say, Come and see. And I looked, and behold a pale horse: and his name that sat on him was Death, and Hell followed with him. And power was given unto them over the fourth part of the earth, to kill with sword, and with hunger, and with death, and with the beasts of the earth.” Revelation 6:7,8

"And when he had opened the fourth seal, I heard the voice of the fourth beast say, Come and see."

We will let you watch and decide what this means for yourself. As for me, at the very least, I find it not only very timely, but even if it’s faked, very interesting. Here is the YouTube video that someone put together, and after you watch it, click on the link for the MSNBC actual video below the YouTube video and start watching around 10:26. Watch it a few times and write in and let us know what YOU think it is.

Now click here for the actual newscast from MSNBC, and you will see exactly the same thing at 10:26…what say YOU?