Chloe Glasson began suffering from narcolepsy four months after being injected with Pandemrix, a vaccine to combat against swine flu, in November 2009. She is one of at least... 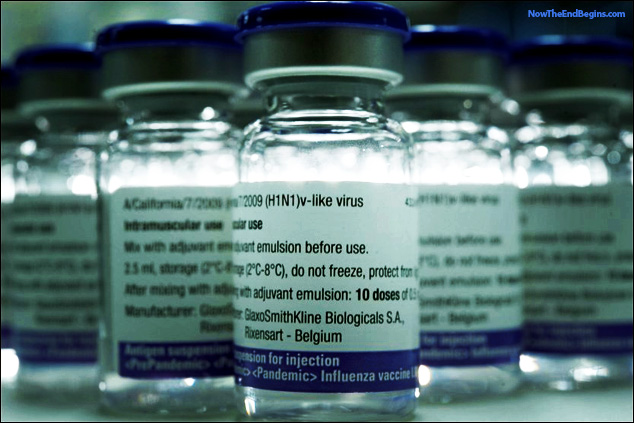 You are much better off with getting and fighting the flu.
by Geoffrey Grider January 6, 2014
NOW THE END BEGINS SHARE:

Death in the pot indeed

Just imagine…instead of being inconvenienced with the flu for a few days, you can become a victim of narcolepsy and be unable to function for the rest of your life. And the best part? Look at the end of the article where is says that the CDC recommends giving this poison to babies as young as six months old.

Step right up and gets yours today!

EDINBURGH, U.K. (CBS Atlanta) — A 15-year-old girl is reportedly falling asleep up to 30 times a day after getting a flu shot.

Australia’s News Limited reports Chloe Glasson began suffering from narcolepsy four months after being injected with Pandemrix, a vaccine to combat against swine flu, in November 2009. She is one of at least 100 people to suffer from the sleeping disorder after getting vaccinated with Pandemrix.

You are much better off with getting and fighting the flu.

“She has gone from being a bright, outgoing girl to one who cannot go out on her own,” Rebecca Glasson, Chloe’s mother, told News Limited. “She doesn’t doze for more than a couple of hours at a time, but she can have disturbing dreams.”

Chloe Glasson will begin a new treatment of the specialist drug sodium oxybate at the Royal Hospital for Sick Children in Edinburgh, U.K., in hopes to get back to a normal sleeping pattern.

“I am putting a lot of faith in the treatment,” Chloe told News Limited. “While the tablets won’t cure me, they may offer the chance of a more normal life.”

GlaxoSmithKline, the manufacturer behind Pandemrix, said in a statement they are researching how narcolepsy is reportedly triggered for some by the drug.

“Patient safety is our number one priority and we are researching how narcolepsy is triggered and how this vaccine might have interacted with other risk factors in affected individuals,” they told News Limited in a statement. “We hope ongoing research efforts will enable us to provide more answers.”