MagicBands are the much-discussed RFID wristbands that will forever change theme park touring at Walt Disney World. The bands will be offered in 8-10 color choices and will be... 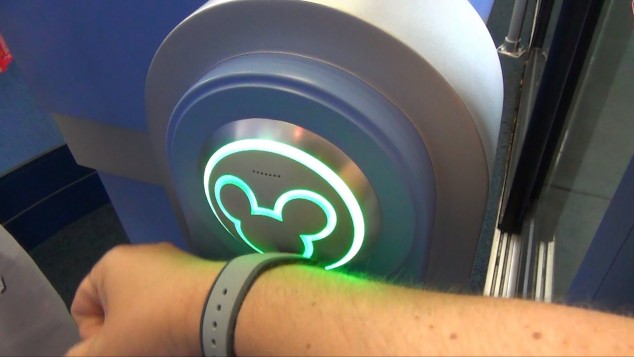 And in the end, it didn’t take guns, or dictators or storm troopers sweeping in to force the people to accept a complete and total surrender of their privacy. All it took was a cartoon mouse and some balloons. They gave up happily.

Walt Disney’s embrace of RFID tracking technology may just be the biggest, single factor for the widespread acceptance of tracking chips in humans. Each year, millions and millions of park guests, around the world, will come back with nothing but praise for the technology, and in turn become the Mark of the Beast “evangelists” that the New World Order needs to get people to accept full-time monitoring.

MSN/Money: Jason McInerney and his wife, Melissa, recently tapped their lunch orders onto a touchscreen at the entrance to the Be Our Guest restaurant at Florida’s Walt Disney World Resort and were told to take any open seat. Moments later a food server appeared at their table with their croque-monsieur and carved turkey sandwiches.

Asks McInerney, a once-a-year visitor to Disney theme parks: “How did they know where we were sitting?” 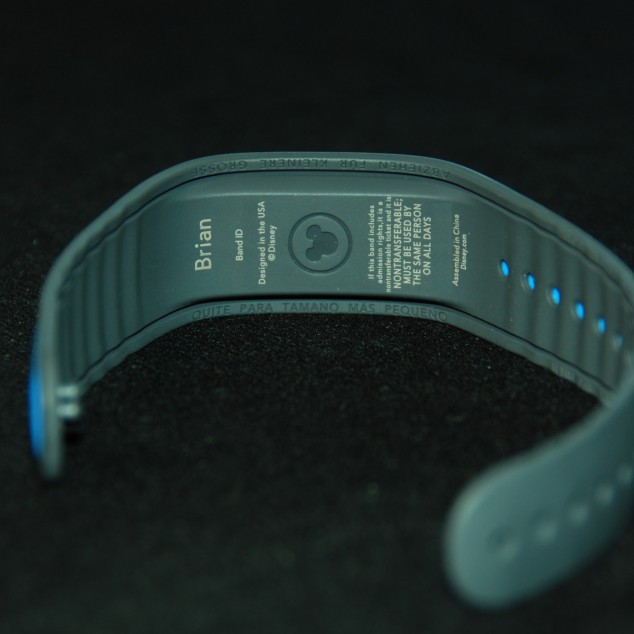 MagicBands are the much-discussed RFID wristbands that will forever change theme park touring at Walt Disney World. The bands will be offered in 8-10 color choices and will be shipped to eligible guests’ addresses 10-30 days prior to their vacation. The Social Mouse

The answer was on the electronic bands the couple wore on their wrists. That’s the magic of the MyMagic+, Walt Disney’s $1 billion experiment in crowd control, data collection, and wearable technology that could change the way people play — and spend — at the “Most Magical Place on Earth.”

If the system works, it could be copied not only by other theme parks but also by museums, zoos, airports and malls. “It’s a complete game changer,” says Douglas Quinby, vice president for research at PhoCusWright, a travel consulting firm.

That would suit Disney just fine, as it expands its global empire of theme parks and kicks up efforts to fend off rivals. The most formidable is Comcast’s Universal Studios, which this summer will unveil a massive expansion of its hit Wizarding World of Harry Potter attraction at its parks near Walt Disney World.

One hitch for Disney could be if devotees such as the McInerneys find MyMagic+ confining, confusing or even a bit creepy. Some have lit into it with such vigor on Facebook and blogs such as micechat.com that Kevin Yee, a former Disney World employee who operates the travel website UltimateOrlando.com,​ called their grievances “a rolling boulder . . . and it’s going to be difficult to stop completely.”

Change is always tricky for Disney, especially at its parks, where introducing a new brand of coffee can spark a revolt by fans. Unhappy mouseketeers last year began a petition drive to keep Disneyland in January from pulling the Billy Hill and the Hillbillies show after 21 years (it didn’t work). Others marched on the park’s City Hall in 2004 after recalibrations made to the Mad Tea Party ride in the name of safety slowed it down.

MyMagic+ promises far more radical change. It’s a sweeping reservation and ride planning system that allows for bookings months in advance on a website or smartphone app. Bracelets called MagicBands, which link electronically to an encrypted database of visitor information, serve as admission tickets, hotel keys, and credit or debit cards; a tap against a sensor pays for food or trinkets. The bands have radio frequency identification RFID chips — which critics derisively call spychips because of their ability to monitor people and things.

That tracking power also is what makes them so important for Disney’s $14.1 billion theme park and resort business. Intelligence collected using the bands coupled with what visitors input into the related My Disney Experience app and website — all voluntary — help Disney determine when to add more staff at rides, what restaurants should serve, which souvenirs should be stocked, and how many employees in costume should roam around at any given time. Data about customer preferences could be used to craft e-mails or text messages alerting them to restaurant menu changes or sudden openings for reservations in an expedited queue at Space Mountain or the Twilight Zone Tower of Terror.

The goal is to offer people what Tom Staggs, head of the company’s parks and resorts unit, calls “a more immersive, more seamless, and more personal experience” — allowing Disney employees to address a child by name, for example, or wish someone a happy birthday. “The implications for big data and for personalization are extraordinary,” says Quinby. “It could radically change interaction between customers and the company.”

Moreover, visitors with full Disney World schedules mapped out in advance on the MyMagic+ system will be less likely to jump spontaneously to one of the dozens of other attractions in Central Florida, including five SeaWorld Entertainment parks and a Legoland. And, of course, the MagicBands make it so easy to spend.

“When you make (the logistics) easier, people tend to spend more time on entertainment and more time on consumables — be that food and beverage, merchandise, etc.,” Disney Chief Financial Officer Jay Rasulo said in a November investor call. “We do expect this to be a . . . growingly positive impact on our business in the years to come.”

Chief Executive Officer Robert Iger told analysts in February that the new system helped the Magic Kingdom park accommodate 3,000 additional daily guests during the Christmas holiday season by reducing congestion around the most popular attractions. “I’d say the biggest impact is, one, being able to accommodate more people because it’s just more efficient,” Iger said, “and second, enabling guests to have a substantially better experience than they’ve had before because they’re doing more.”

Many Disney fans are already sold. “I think this in the end is going to make Disney better,” says Jamie Landry, a Boston police officer who visits Disney World with his wife and daughter every year. He was floating in the pool at Disney’s on-site Coronado Springs Resort hotel, appreciating his waterproof MagicBand, which allows him never to carry identification or room keys or credit cards.

That’s not how many critics have reacted in the blogosphere. The harshest complaints are directed at FastPass+, a way of reducing wait times for popular rides.

Under the original FastPass — introduced in 1999 and still used at Disney’s other parks — a visitor could race around to collect more than six paper reservation slips a day at kiosks outside the most popular attractions, show up at a time printed on the slip, and get into a theoretically shorter queue. The new system, while letting guests at Disney hotels book reservations months in advance via the My Disney Experience app and website, limits all visitors’ reserve-ahead slots to three per day. That unleashed a torrent of objections that Disney is limiting the number of reservations guests can make for its most popular attractions, and that the lines are as long as ever.

A Disney spokeswoman says neither lines for its reserved spots nor walk-up lines are longer. The number of attractions on which slots can be reserved has doubled to 60 and limits on advance reservations for the most popular rides should allow all guests to book at least one of their top choices, Disney says. A Disney World spokeswoman says 80 percent of the comments on social media about MyMagic+ have been positive, and just 2 percent have been negative.

Still, Tom Burnet, CEO of Accesso Technology Group, which makes queue management systems for theme parks, says his company’s experience with ride scheduling at parks in Europe is that people don’t like to schedule their days in advance. “One of the joys of being in a theme park is you’re not on a schedule,” he says.

That’s been part of Disney World’s appeal for Clayton Cannon, who lives about an hour’s drive away in Daytona Beach and holds an annual pass. His gripe is that MyMagic+ puts day-trippers like him and others who don’t plan ahead at a disadvantage. “Magic Kingdom was definitely a worse experience,” he says about a recent visit. “You used to be able to get there at 3 or 5 p.m. and still get a FastPass. Now all the FastPasses for top rides are being wiped out by 10 in the morning.”

Despite such grousing, hospitality experts say that the use of more monitoring technology is only a matter of time. Explains Accesso’s Burnet: “Where Disney goes, other people follow.” source – MSN Money