Walmart Store manager Elijah Woodard made a formal announcement on Oct. 21 that the store would be selling Halal meats. ... 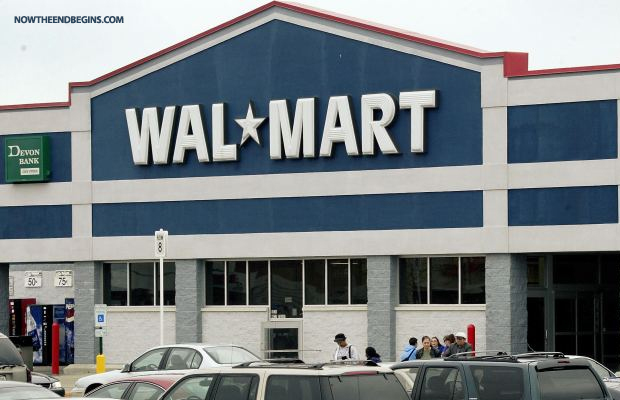 According to visiting assistant professor Tareq Hasan Khan, there has never been a location in Oxford that sold this type of meat.
by Geoffrey Grider November 15, 2014
NOW THE END BEGINS SHARE:

Upon the request of Muslim students at Miami University, Walmart recently made the decision to provide halal-certified meat at the Oxford Ohio location

Store manager Elijah Woodard made a formal announcement on Oct. 21 that the store would be accommodating these requests. “I appreciated the students bringing this interest to our attention,” Woodard said. “I am pleased to announce that we have set a halal meat section in the store.”

According to Woodard, the order for the halal meat was made immediately and would only take a few days for the first shipment to arrive.

In Arabic, the word “halal” means permissible. Halal meat is meat that has been slaughtered according to Islamic law, as laid out in the Qu’ran. This particular type of slaughter is called dhabiha and requires that an animal’s throat be slit swiftly with a sharp blade to ensure as little pain and suffering as possible. While this is being done, the person with the blade says a prayer to Allah, or at the very least invokes the name of Allah to bless the animal and give thanks for the food.

According to visiting assistant professor Tareq Hasan Khan, there has never been a location in Oxford that sold this type of meat.

“For halal meat, we needed to drive from Oxford to Cincinnati, around 40 miles one way, almost every week,” Khan said. “This long drive is very tiresome and takes about two hours only to go to Cincinnati and return back.”

Between Khan and members of the Muslim Student Association (MSA), efforts were made to convince Walmart to provide the Halal meat. Many students reached out directly to the management at Walmart. In addition, a petition was passed around on the Internet. The petition acquired nearly 50 signatures and was directed at all Oxford grocers including MOON co-op and Kroger. Thus far, Walmart is the only provider who has responded to the requests of the Muslim students.

“It is already hard to live in the United States as a Muslim, sophomore Rami Abu-Attiyeh said. “I would like to see halal food offered to students making it more convenient for them to have more options when it comes to eating at Miami University.”

According to Khan, the number of Muslim students and staff who come to Oxford to attend Miami University increases every year. Many of these people also have families with children to provide for, which is hard to do when meat is so unavailable. For Muslim students living on campus, many have found it to be increasingly difficult to find halal options.