87 Muslims dead after crane collapses at world’s holiest mosque in Mecca on anniversary of 9/11... 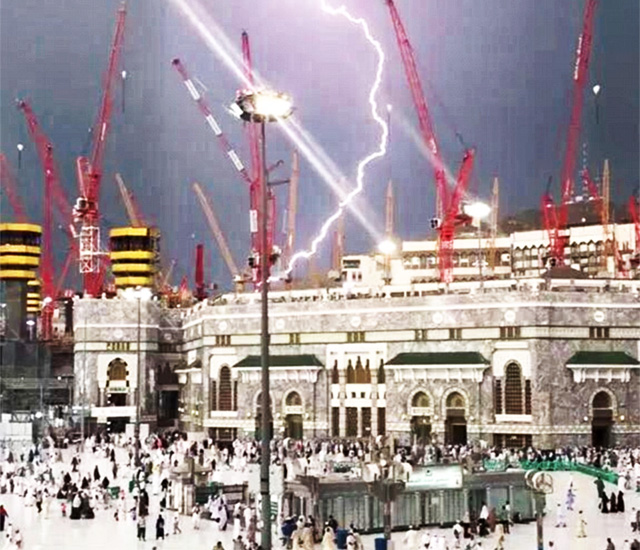 UPDATE: At least 107 people died and 238 more were injured when a crane collapsed at the Grand Mosque of Mecca ahead of the annual Hajj pilgrimage, the Saudi Interior Ministry said on Friday. source

The Kingdom’s General Directorate of Civil Defense blamed the accident on severe storms, according to its official Twitter. The governor of the Makkah region, the capital of which is Mecca,  Khalid al-Faisal has ordered the launch of an investigation into the causes of the accident.

The tragedy comes ahead of the annual Hajj pilgrimage which is due later this month. Millions of Muslims from around the world will converge on the holy city between September 21-26. Photos taken from the scene and posted on social media show bodies lying in blood on the mosque’s floor surrounded by construction rubble and metal parts of the crane.

Over 68 emergency and rescue groups are active at the scene of the accident, the Saudi Red Crescent said on Facebook. Forty-nine of the injured have been transferred to hospitals, according to the head manager of the General Department for Hajj and Umrah Khaled al-Habashi. The rest only have minor injuries and are being treated on the scene.

Here’s how things stand at the moment: