Vatican To Authorize A New Translation For The Catholic Bible

The U.S. Conference of Catholic Bishops has ordered up a new translation of the Bible, one it says is more accurate, more accessible and more poetic. In a passage... 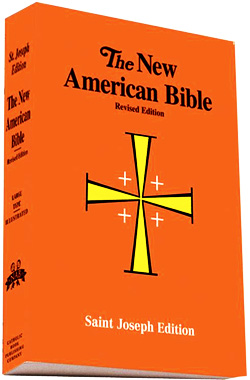 All the modern versions are constantly updated and changed to "fit the times", while the King of Bible Translations - the King James 1611 Authorized Version Holy Bible - remains the same.
by Geoffrey Grider February 21, 2012
NOW THE END BEGINS SHARE:

In March of 2011, the Catholic Bible officially had another revision changing words to make things more “accurate, accessible and poetic.”

From USA Today: The U.S. Conference of Catholic Bishops has ordered up a new translation of the Bible, one it says is more accurate, more accessible and more poetic.

All the modern versions are constantly updated and changed to "fit the times", while the King of Bible Translations - the King James 1611 Authorized Version Holy Bible - remains the same.

Now “booty,” a word that sets off snickers in Sunday school, will be replaced by the “spoils” of war when the newest edition of the New American Bible, the English-language Catholic Bible, comes out on Ash Wednesday, March 9.

“We needed a new translation because English is a living language,” says retired auxiliary bishop of Milwaukee Richard Sklba, part of the review and editing team.

Fifty scholars and translators, linguistics experts, theologians and five bishops spent 17 years on the project. They were immersed in original manuscripts, theDead Sea Scrolls and archaelogy findings unearthed since research behind the current text, published in 1970.

While Catholics may read from any of two dozen English translations, the New American Bible is the one owned by U.S. bishops for prayer and study.

Some of the changes:

• The word “holocaust,” now associated with World War II genocide, has been replaced by “burnt offering.”

• The 1970s version of the 23rd Psalm — “even when I walk through a dark valley” — becomes a “walk though the valley of the shadow of death.”

“Women will like this: being measured by their own accomplishments, not in terms of a husband’s perspective,” says Mary Elizabeth Sperry of the Bishops Conference.

In a passage many Christians believe foreshadows the coming of Christ and his birth to a virgin, the new change may set off alarms with traditionalists. The 1970 version of Isaiah 7:14 says “the virgin shall be with child, and bear a son, and shall name him Immanuel.”

The 2011 text refers to “the young woman” instead. It elaborates that the original Hebrew word, almah, may, or may not, signify a virgin.

Sklba expects no change in Catholic teaching. And Sperry predicts, “Some people will be gravely distressed and others will be absolutely ecstatic and some will just say, ‘I liked it the old way.’ ”

For young readers, however, there is no “old way,” says John Kutsko of the Society of Biblical Literature. “Young people are accustomed to change.” – source – USA Today