Numerous US troops found and were exposed to chemical weapons while serving in Iraq after the 2003 invasion of the country, and they were plagued by not only the... 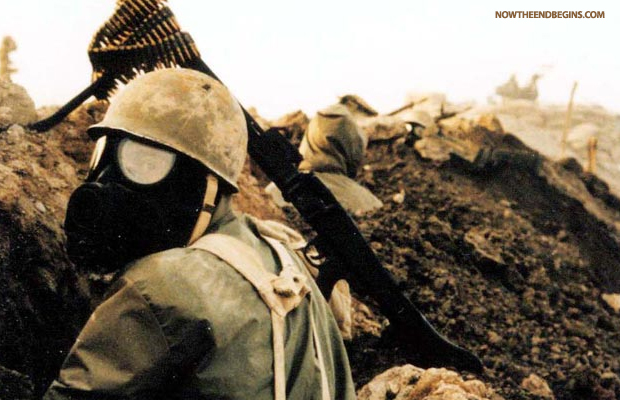 Turns out George W. Bush was right all along

“For there is nothing hid, which shall not be manifested; neither was any thing kept secret, but that it should come abroad.” Mark 4:22

Numerous US troops found and were exposed to chemical weapons while serving in Iraq after the 2003 invasion of the country, and they were plagued by not only the terrible after effects, but substandard medical care and little recognition after the military attempted to keep the discovery of the munitions a secret.

In a long expose highlighting the “secret U.S. casualties” posted Tuesday evening at The New York Times, journalist C.J. Chivers brings to light what has been suppressed for years by military officials. Between 2004 and 2010, according to the Times, soldiers found thousands of rusty, corroded chemical munitions throughout Iraq, though all were manufactured before 1991.

“I love it when I hear, ‘Oh there weren’t any chemical weapons in Iraq,’ ” former Army Sgt. Jarrod L. Taylor told Chivers. “There were plenty.”

In the run-up to the Iraq war in March 2003, the Bush administration made the case that Saddam Hussein was actively working to build and obtain weapons of mass destruction. These included claims of building biological weapons, chemical weapons, and nuclear weapons. The Times report, while revealing that Hussein did in fact have chemical munitions, notes that all were made before the 1991 Gulf War, and quite embarrassingly, often with US help.

In case after case, participants said, analysis of these warheads and shells reaffirmed intelligence failures. First, the American government did not find what it had been looking for at the war’s outset, then it failed to prepare its troops and medical corps for the aged weapons it did find.

In many of the cases Chivers highlights, explosive ordnance disposal personnel — believing they were dealing with old artillery or mortar shells on a roadside used as improvised explosive devices (IED) — disarmed them and sometimes put them in their trucks, being exposed to leaking chemicals such as mustard and sarin.

“This is mustard agent,” Staff Sgt. Eric J. Duling told his men over the radio, according to Chivers. “We’ve all been exposed.” Read the full story at NYT.com