The U.S. Navy says it has deployed a second aircraft carrier to the Persian Gulf amid rising tensions with Iran over its nuclear program. Cmdr. Amy Derrick-Frost of the... 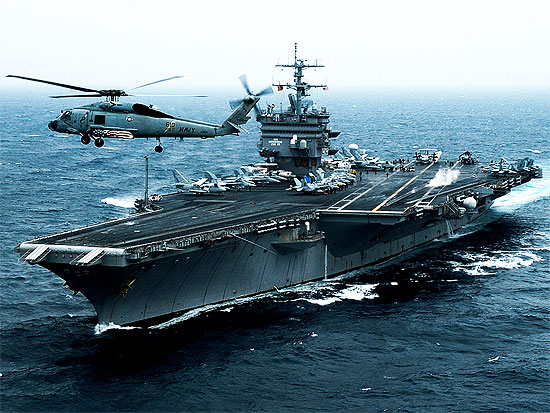 DUBAI, United Arab Emirates – The U.S. Navy says it has deployed a second aircraft carrier to the Persian Gulf amid rising tensions with Iran over its nuclear program.

Cmdr. Amy Derrick-Frost of the Bahrain-based 5th Fleet said on Monday that the deployment of the nuclear-powered USS Enterprise along the Abraham Lincoln carrier strike group marks only the fourth time in the past decade that the Navy has had two aircraft carriers operating at the same time in the region.

The two carriers will support the American military operations in Afghanistan and anti-piracy efforts off Somalia’s coast and in the Gulf of Aden.

The warships also patrol the Gulf’s strategic oil routes that Iran has threatened to shut down in retaliation for economic sanctions. source – Yahoo News