Talks in Geneva on Iran’s nuclear program are triggering fears within U.S. intelligence agencies that Israel is hardening its stance on Iran and could conduct a military attack to... 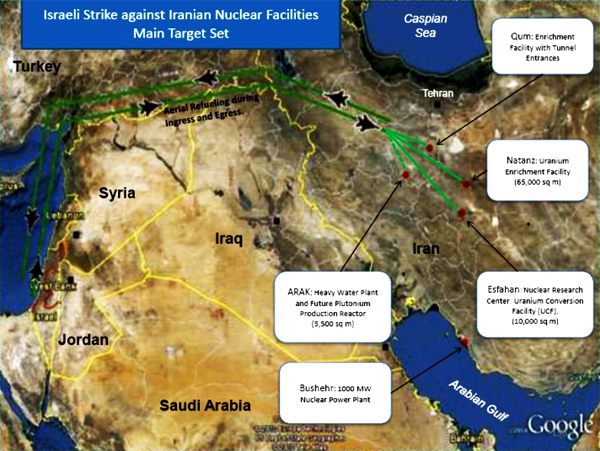 Israel must do whats necessary to stop the bomb

Talks in Geneva on Iran’s nuclear program are triggering fears within U.S. intelligence agencies that Israel is hardening its stance on Iran and could conduct a military attack to stave off what the Jewish state believes is a delaying tactic for Tehran to buy time to build nuclear weapons.

The clearest indicator of growing Israeli concerns, according to defense officials, is the recent large-scale Israeli air force drill Tuesday in the northern part of the country. The exercises along the northern border and over the Mediterranean were considered unusually large.

An Israeli defense source told Israel’s Walla! news outlet: “Changes have recently occurred in the Middle East. The [Israeli Defense Force] is preparing for those changes in both the closer and more distant perimeters, and yesterday’s exercise was intended to signal the IDF’s serious intention of dealing with those problems and thwarting them.”

The talks in Geneva have produced press reports that the Obama administration is preparing to ease sanctions on Iran following conciliatory statements by Iranian Prime Minister Hassan Rouhani at the U.N.