US and Israel Successfully Launch and Deploy Missile Defense System

A successful joint exercise carried out Friday, Feb. 10, demonstrated the interoperability of the US Aegis and Israel's Arrow 4 ballistic missile defense systems and, most importantly, of their... 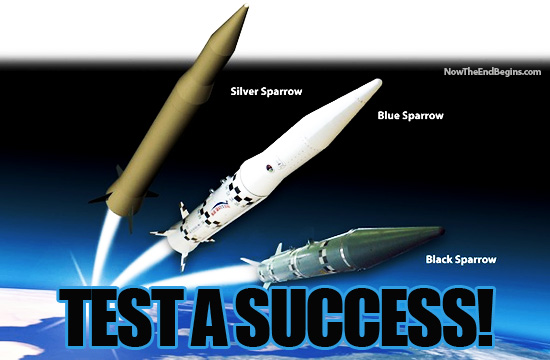 A successful joint exercise carried out Friday, Feb. 10, demonstrated the interoperability of the US Aegis and Israel’s Arrow 4 ballistic missile defense systems and, most importantly, of their two radars, the US AN/TPY-2 X-band and Israel’s EL/M-2080 Super Green Pine, debkafile’s military sources report.

It was a key milestone in the development of the US missile shield’s Middle East capabilities ahead of a potential war with Iran and the fourth significant preparatory step taken in the last ten days.

On the East Coast of the United States, the large-scale Bold Alligator 2012 exercise is drilling amphibian landings on a fictitious Iranian shore; in the Middle East, an American airlift this week ferried reinforcements to the Persian Gulf over Sinai; the Iranian army is in the middle of a major war game “under war conditions” opposite the Strait of Hormuz; and Israel is putting the finishing touches to its new Depth Command set up for operations behind enemy lines.

The joint US-Israel radar exercise Friday was a target-only tracking test over the Mediterranean. An attack on Israel was simulated by a Rafael Blue Sparrow 2 target missile launched from an F-15 fighter jet coming in from the east – the presumed direction of Iranian and Syrian missile strikes. The incoming missile was detected and tracked by two US AN/TPY-2 X-band stations and Israel’s Super Green Pine radar.

One of the American stations is located on Mount Keren opposite the Egyptian border in southern Israel; the other at a Turkish air base in the southeastern town of Kurecik.

US and Israeli officials said the joint test was successful but offered no further information about the order in which the three stations sighted the attacking “missile” or how they shared the data.

The successful collaboration of these systems has elevated the US missile shield to its operational phase.

debkafile’s military and Washington sources report that the test went ahead after Turkish Foreign Minister Ahmet Davutoglu arrived in Washington Thursday, Feb. 9 to discuss urgent international action for Syria and at the same time notified US officials that his government had withdrawn its objections to the Israel-based US x-band radar station taking part in a joint exercise against a potential Iranian or Syrian missile attack.

This notification was awaited before the test went ahead. It gave the Turkish foreign minister a handle for promoting his mission to gain Obama administration assent to his government’s initiative on Syria.

Turkish Prime Minister Tayyip Erdogan is pushing for joint Turkish-Arab military intervention to be launched against Bashar Assad’s brutal crackdown under cover of a humanitarian operation. He offered to meet the Americans halfway on the radar station issue to win support for this anti-Assad intervention.

Monday, Jan. 30, debkafile disclosed that a high-ranking US official had arrived in Israel to refute the Turkish claims that the US X-band radar station at Kurecik was Turkish-operated, not aimed against Iranian missiles and committed to withholding data from Israel.

Before he left Israel, the US official put the record straight by stating: “The radar is exclusively operated by US personnel, exactly as it is here. We will control the data and fuse it with data from other radars in the region to generate the most comprehensive and effective missile defense picture.”

This assurance was effectively demonstrated by the joint US-Israel detection and tracking test carried out Friday. source – DEBKA