Naval Amphibious Base Coronado is home of the U.S. Navy's special and expeditionary warfare training and the West Coast base of operations for SEAL teams and Special Boat Units.... 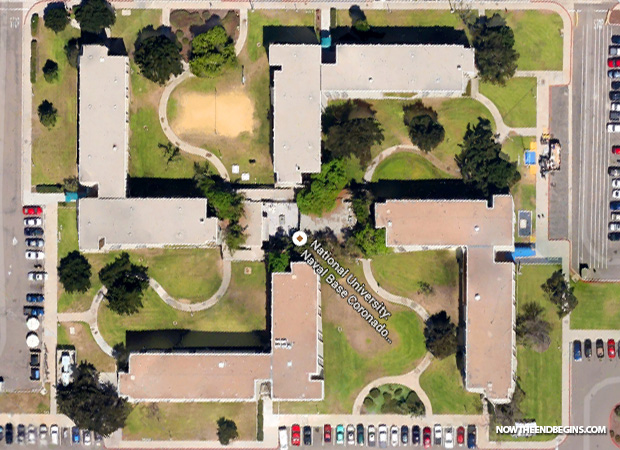 This building is a message, not a ‘mistake’

The United States Government would like you to believe that when architects laid out the plans for this building, at the height of World War II in January 1944, that building it in the exact shape of a full-scale model of the Nazi swastika was a completely unplanned and accidental “mistake”. This official government building was not a mistake, it was a message. A message that has lain dormant for the past 70 years, and now takes on scary, new meaning 5 and a half years into the administration of the most anti-American president ever to hold the office

Naval Amphibious Base Coronado is home of the U.S. Navy’s special and expeditionary warfare training and the West Coast base of operations for SEAL teams and Special Boat Units.

Google Earth image taken September 6, 2014. Look at the pattern of the sidewalks between the buildings and you will also see the Nazi “SS” as well. Another “accidental mistake” I’m sure.

NABC supports over 30 tenant commands, including Amphibious Construction Battalion One, Naval Special Warfare Group One, and Tactical Air Control Group One. The on base population is 5,000 military personnel and 7,000 students and reservists. 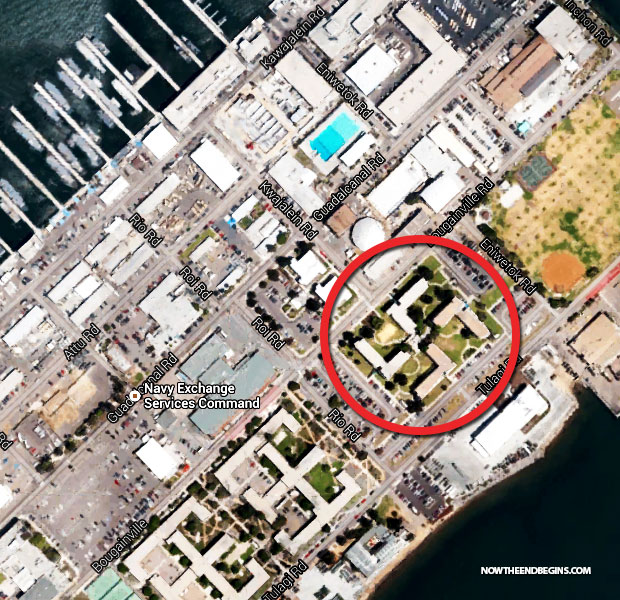 So why is it in the shape of the most evil military regime in world history? What’s the message they are sending us?