United Nations Calls For BOYCOTT Of US Companies Friendly To ISRAEL

The United Nations calls for an international campaign of economic warfare on American companies that do business in Israel, including Hewlett-Packard, Caterpillar Inc., and Motorola Solutions Inc.... 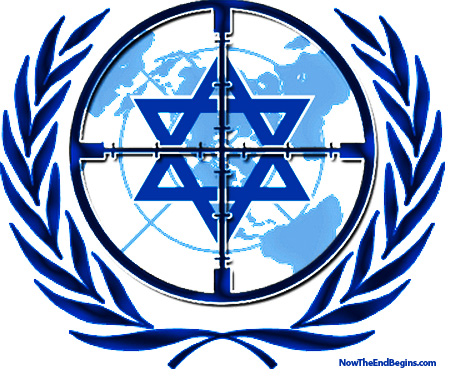 The Washington Free Beacon has obtained a report soon to be released by the United Nations that calls for an international campaign of legal attacks and economic warfare on a group of American companies that do business in Israel, including Hewlett-Packard, Caterpillar Inc., and Motorola Solutions Inc. 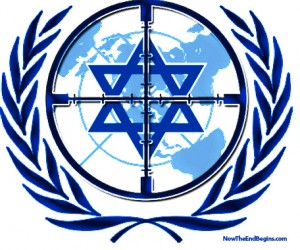 The Human Rights Council (HRC), a body dominated by Islamic countries and known for its hostility to, and heavy focus on, the Jewish State, issued the report. The George W. Bush administration refused to participate in the HRC, but President Barack Obama joined it soon after taking office. Members of the HRC include infamous human rights abusers such as Saudi Arabia, Qatar, Jordan, Libya, China, and Cuba.

The Obama-approved body maintains a “Special Rapporteur on the situation of human rights in the Palestinian territories [sic].” The current rapporteur is American college professor Richard Falk, a 9/11 “truther” who once posted an anti-Semitic cartoon on his personal blog.

In a letter to U.N. Secretary-General Ban Ki Moon, the Anti-Defamation League’s Abraham Foxman blasted the report and the HRC’s special rapporteur: “We believe you should have prevented the Secretariat from being a party to Mr. Falk’s anti-Israel agenda. Mr. Falk’s entire tenure as Special Rapporteur has served to undermine the credibility of the institution of the United Nations.”

The report attempts to instigate a campaign of boycott, divestment, sanctions, and legal action against a litany of international companies doing business in Israel. In addition to American companies, the U.N. targets include major European firms such as Veolia Environnement, Group 4 Security, the Dexia Group, the Volvo Group.

“The costs to companies and businesses of failing to respect international humanitarian law are considerable,” the report warns, “including damage to a company’s public image, impact on shareholder decisions and share price and could result in employees being criminally responsible for rights abuses.”

The report warns American employees of targeted companies that they face legal risks.

“Employees of companies can face investigation and prosecution for human rights violations committed irrespective of where the violation was committed.”

In addition to legal action against American employees of targeted companies, the Special Rapporteur “concludes that all companies that operate in or otherwise have dealings with Israeli settlements should be boycotted.” The companies should ”be prepared to accept any consequences—reputation, financial, or legal—of continuing operations.”

Should the companies continue doing business in Israel, the Human Rights Council “calls on civil society to actively pursue legal and political redress against non-complying business” and “to vigorously pursue initiatives to boycott, divest and sanction the businesses highlighted in this report” and “calls on the international community to consider requesting an advisory opinion from the International Court of Justice” to punish the businesses.

When the Obama administration joined the Human Rights Council in 2009, U.N. Ambassador Susan Rice pledged, “Working from within, we can make the council a more effective forum to promote and protect human rights.” source – Free Beacon