Planned Parenthood reveals that under Obama it performed 333,964 abortions in 2011 – a record year for the organization.... 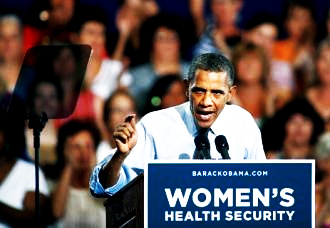 Obama is killing our future, literally

“Shall I not visit for these things? saith the LORD: shall not my soul be avenged on such a nation as this?” Jeremiah 5:29

In its latest annual report for fiscal year 2011 to 2012, Planned Parenthood reveals that it performed 333,964 abortions in 2011 – a record year for the organization.

Planned Parenthood reported receiving a record $542 million in taxpayer funding, according to a Susan B. Anthony List analysis of the report, in the form of government grants, contracts, and Medicaid reimbursements.

The amount is 45 percent of Planned Parenthood’s annual revenue.

“While government subsidies to Planned Parenthood have reached an all time high, so too has the number of lives ended by this profit-driven abortion business,” SBA List’s President Marjorie Dannenfelser said in a statement.

“Destroying nearly one million children in three years is not health care and does not reflect a concern for vulnerable women and girls.”