A man calling himself StoneGuy223 driving home from a sporting event in Georgia, held up his smart phone and took this video showing flatbed trucks hauling brand new... 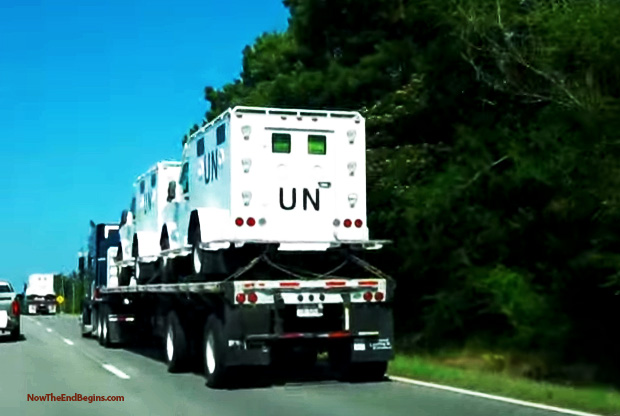 Preparing for the coming takeover

A man calling himself StoneGuy223  driving home from a sporting event in Georgia, held up his smart phone and took this video showing flatbed trucks hauling brand new UN armored tank vehicles rolling up the Interstate near the Alabama-Georgia border on June 15th, 2014. (WARNING: the video contains strong language).

The vehicles appear to come equipped with M231 firing port weapon ports. The question that you really need to ask is, are they being produced here and then shipped overseas, or have they been built somewhere else and are now being delivered here for use by international UN troops on American soil? Is Obama preparing for his third term?

Either way, it doesn’t look good.