AVIATION authorities have been left baffled after a UFO in the shape of a rugby ball reportedly passed within a few feet of a passenger jet near Heathrow Airport.... 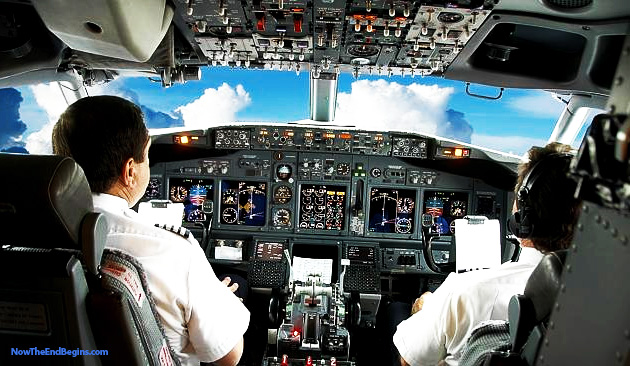 The aircraft was cruising at 34,000ft, around 20 miles west of Heathrow Airport, over the Berkshire countryside, when the captain spotted the object out of a left-hand side cockpit window.
by Geoffrey Grider January 6, 2014
NOW THE END BEGINS SHARE:

AVIATION authorities have been left baffled after a UFO in the shape of a rugby ball reportedly passed within a few feet of a passenger jet near Heathrow Airport. A pilot on the A320 Airbus reported the near miss to air traffic controllers, prompting an investigation. However, no one has been able to identify the object.

The aircraft was cruising at 34,000ft, around 20 miles west of Heathrow Airport, over the Berkshire countryside, when the captain spotted the object out of a left-hand side cockpit window.

It was said to be “cigar/rugby ball like” in shape, bright silver and “metallic” and travelling towards the jet. The pilot said he felt certain it was going to crash into his aircraft and ducked as it headed towards him, but it did not appear to make impact. He told investigators he believed the object passed “within a few feet” above the jet.

The sighting occurred in daylight, at around 6.35pm on 13 July last year”. It has only emerged now, following publication of the report, which concluded it was “not possible to trace the object or determine the likely cause of the sighting”. The incident was investigated by the UK Airprox Board, which studies “near misses” involving aircraft in British airspace. It ruled out other aircraft, meteorological balloons, toy balloons and military objects.

The report does not name the airline or flight involved, but the Daily Telegraph says the aircraft was likely to have been travelling between a regional UK airport and another in Europe. The A320 Airbus typically carries around 150 passengers.

Aviation staff detect around one unexplained flying object every month, according to figures from the National Air Traffic Control Services in 2012. The Ministry of Defence closed its UFO desk in December 2009, after which the Civil Aviation Authority decided to look into such reports from aircrew and air traffic controllers. source – The Week