New unexplained holes have appeared in Siberia following the mystery over a giant crater on the Yamal Peninsula. A second is in the same permafrost region of northern Russia,... 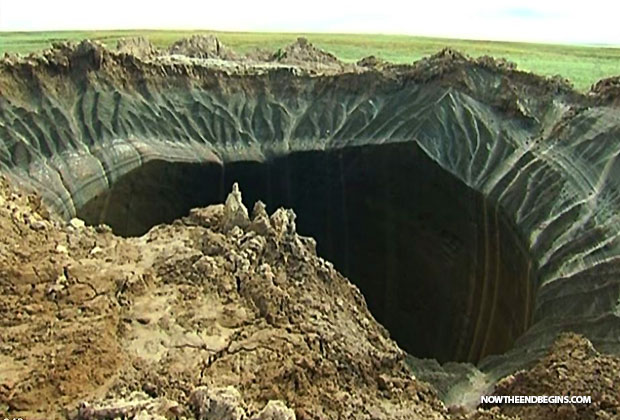 The discovery eliminates the possibility that a meteorite had struck the region in the Yamal Peninsula - the name of which translates as 'the end of the world'
by Geoffrey Grider July 28, 2014
NOW THE END BEGINS SHARE:

“Therefore hell hath enlarged herself, and opened her mouth without measure: and their glory, and their multitude, and their pomp, and he that rejoiceth, shall descend into it.” Isaiah 5:14

Last month we reported to you that an enormous hole hundreds of feet deep had suddenly appeared in the Yamal Peninsula region of northern Russia by Siberia. To further cause excitement, the name ‘Yamal’ translates out to mean “the end of the world”. Now comes the astounding news that 2 new holes have mysteriously appeared in the exact same vicinity.

New unexplained holes have appeared in Siberia following the mystery over a giant crater on the Yamal Peninsula. A second is in the same permafrost region of northern Russia, and a third on the Taymyr Peninsula, to the east, in Kransoyark region. Both were spotted by reindeer herders who almost fell in. 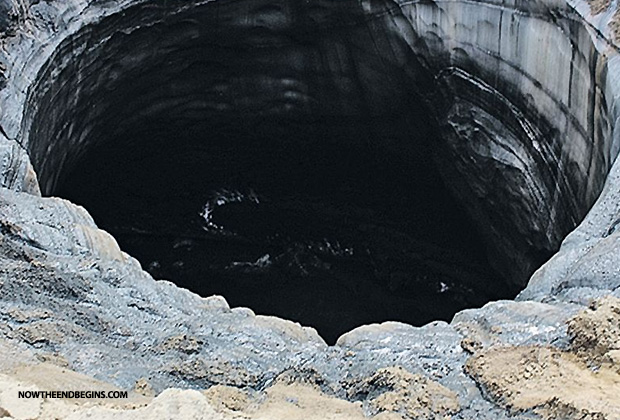 The new Yamal crater is in the area’s Taz district near the village of Antipayuta and has a diameter of about 49ft (15 metres).

The original hole received worldwide attention after being identified by helicopter pilots some 20 miles (32km) from a huge gas extraction plant at Bovanenkov. Now the new holes – smaller in diameter but similar in shape – are posing a fresh challenge for Russian scientists.

‘Theories range from meteorites, stray missiles, a man-made prank, and aliens, to an explosive cocktail of methane or shale gas suddenly exploding,’ reported The Siberian Times.

‘The version about melting permafrost due to climate change, causing a release of methane gas, which then forces an eruption is the current favorite, though scientists are reluctant to offer a firm conclusion without more study.’ 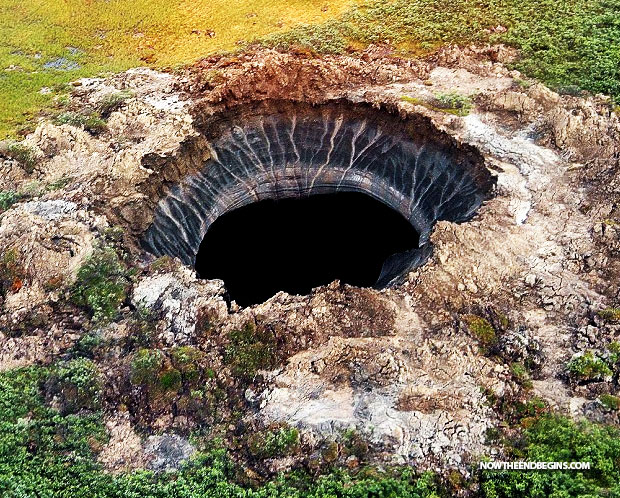 The new Yamal crater is in the area’s Taz district near the village of Antipayuta and has a diameter of about 49ft (15 metres). A deputy of the regional parliament – or duma – Mikhail Lapsui said: ‘I flew by helicopter to inspect this funnel’ which he said was formed last year though only now have reports of it reached the outside world.

‘There is ground outside, as if it was thrown as a result of an underground explosion. ‘According to local residents, the hole formed on 27 September 2013. ‘Observers give several versions. According to the first, initially at the place was smoking, and then there was a bright flash. In the second version, a celestial body fell there.’ 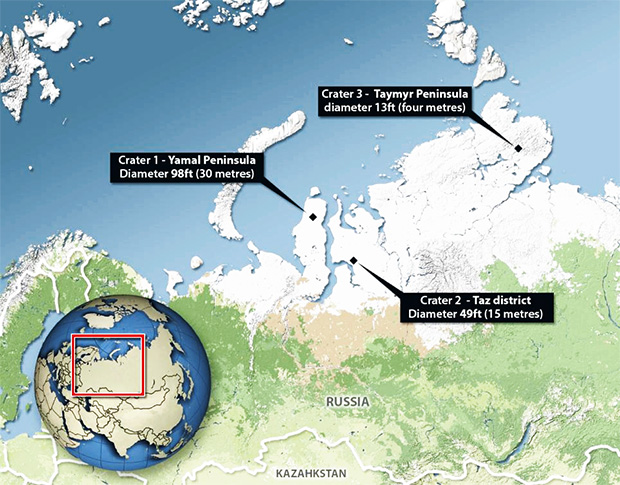 The original crater was found in the Yamal Peninsula, baffling scientists. Now two further craters have been found in the Taz district and Taymyr Peninsula

The chief scientist of the Earth Cryosphere Institute, Marina Leibman, told URA.RU website in Sibera: ‘I have heard about the second funnel on Yamal, in Taz district, and saw the pictures.

‘Undoubtedly, we need to study all such formations. It is necessary to be able to predict their occurrence. ‘Each new funnel provides additional information for scientists.’

The third crater and hole is in the Taymyr Peninsula and was accidentally discovered by reindeer herders who almost fell into it, in the vicinity of the remote outpost of Nosok. The funnel is a perfectly formed cone, say locals who are mystified over its formation.

Its depth is estimated at between 200 to 330ft (60 to 100 metres) and its diameter – more than 13ft (four metres). Experts – geologists, ecologists, and historians – have not come to a consensus about the origin of the funnel, say reports in the region.

‘It is not like this is the work of men, but also doesn’t look like natural formation,’ said one account expressing puzzlement at its creation. Scientists in Krasnoyarsk region – the second largest in Russia – plan further study of this hole.