TURKEY HAS FALLEN: Turkish Military Says It Has Taken Over The Country By Force

Turkey’s army says it seized power in the country as warplanes flew over the capital and tanks blocked roads in Istanbul. Prime Minister Binali Yildirim said his government is still in control and will resist.

The Turkish military claims to have taken over after Turkey’s PM said a military faction had been involved in an attempted coup.

UPDATE 7:30 PM EST: Turkish military has killed 17 police officers in the first reported fatalities in the army’s bid to overthrow the Islamic government of Recep Erdogan. The state-run Anadolu agency said the victims died at the special forces headquarters in Ankara.

In a statement read out on Turkey’s NTV television, the army said: “Power in the country has been seized in its entirety.” According to Sky sources, state TV has been stormed by the military and staff have been asked to hand in their mobile phones.

A Turkish state news agency is reporting that a top general is among several people being “held hostage” at the military headquarters in Ankara.

That follows media reports that ambulances have been seen in front of the building.

Turkish soldiers block both bridges on the Bosphorus in Istanbul and jets flying low in Ankara. Reason not clear yet pic.twitter.com/tMG7KKYvGh

NTV is showing footage of tanks at the entrance to Istanbul’s Ataturk airport.

It is reported that all flights have been cancelled in and out of the airport.

Military vehicles are said to be blocking two bridges in Istanbul, while military jets have been heard flying over the Turkish capital, Ankara.

Prime minister Binali Yildirim has called for calm, saying security forces are doing what is necessary to resolve the situation.

Mr Yildirim warned that those responsible for this “illegal attempt ” will pay the “highest price.” source

Aiports were shut, access to Internet social media sites was cut off, and troops sealed off the two bridges over the Bosphorus in Istanbul, one of which was still lit up red, white and blue in solidarity with victims of the Bastille Day truck attack in France a day earlier.

TRT state television announced a countrywide curfew. An announcer read a statement on the orders of the military that accused the government of eroding the democratic and secular rule of law. The country would be run by a “peace council” that would ensure the safety of the population, the statement said.

U.S. Secretary of State John Kerry and Russian Foreign Minister Sergei Lavrov, speaking jointly after talks in Moscow, both said they hoped bloodshed would be avoided. 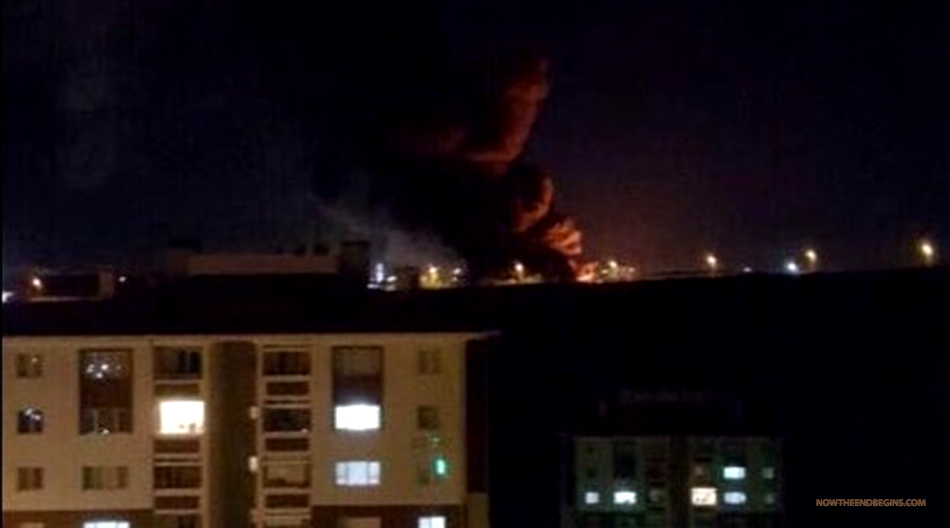 ‘We have taken control’: Turkish military open fire on civilians as they launch coup to depose Islamist government – while President Erdogan ‘hides in a hotel room’ and Facetimes a TV station to urge his supporters to fight for him

Turkey, a NATO member with the second biggest military in the Western alliance, is one of the most important allies of the United States in the fight against Islamic State. It is a principal backer of opponents of Syrian President Bashar al-Assad in that country’s civil war, and host to 2 million Syrian refugees.

The country has been at war with Kurdish separatists, and has suffered numerous bombing and shooting attacks this year, including an attack two weeks ago by Islamists at Istanbul’s main airport that killed more than 40 people.

A senior EU source monitoring the situation said: “It looks like a relatively well orchestrated coup by a significant body of the military, not just a few colonels. They’ve got control of the airports and are expecting control over the TV station imminently. They control several strategic points in Istanbul.

“Given the scale of the operation, it is difficult to imagine they will stop short of prevailing. It’s not just a few colonels,” the source repeated.

There is now shooting at Istanbul airport apparently. The Turkish parliament building is surrounded by tanks.

Loud explosions were reported in Ankara early Saturday and CNN Turk reported an explosion at the state-run television building. Turkey’s state-run news agency reported that military helicopters have also attacked the headquarters of TURKSAT satellite station on the outskirts of Ankara.

Reuters, citing witnesses, reported that tanks surrounding the parliament building in Ankara had opened fire. The Turkish news agency Dogan reported that soldiers had opened fire on people who were crossing Istanbul’s Bosporus Bridge to protest the coup attempt and some people had been wounded.