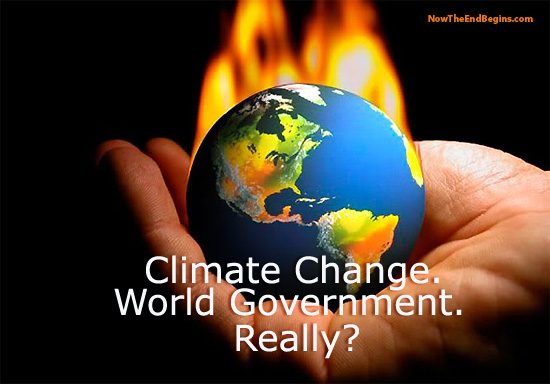 The article asks "How do we create new institutions with enforcement powers way beyond the current mandate of the U.N.? Could we ensure against a malevolent dictator who might abuse the power of such organizations?"
by Geoffrey Grider March 22, 2012
NOW THE END BEGINS SHARE:

The truly amazing thing about this article from Scientic American is how very bold and open the powers that be have become in decalring their want of a One World Government. In the old days, a writer on ‘conspiracy theory’ would have to dig and dig and dig and barely come up with enough fact to show that there is indeed a conspiracy to create the world governmental system described in the book of Revelation. But now, it seems just about every where you turn there are top-level politicians, sceintists and public speakers openly stating that the problems of the world will only be solved by creating a One World Government. The article below goes even further and fantasizes about a “malevolent dictator”, known to bible students as the Antichrist, who might seek to take control of said world governemt. Which leads me to ask…have they been reading the bible lately? Sure sounds like it!

From Scientific American: A policy article authored by several dozen scientists appeared online March 15 in Science to acknowledge this point: “Human societies must now change course and steer away from critical tipping points in the Earth system that might lead to rapid and irreversible change. This requires fundamental reorientation and restructuring of national and international institutions toward more effective Earth system governance and planetary stewardship.”

The article asks "How do we create new institutions with enforcement powers way beyond the current mandate of the U.N.? Could we ensure against a malevolent dictator who might abuse the power of such organizations?"

The report summarized 10 years of research evaluating the capability of international institutions to deal with climate and other environmental issues, an assessment that found existing capabilities to effect change sorely lacking. The authors called for a “constitutional moment” at the upcoming 2012 U.N. Conference on Sustainable Development in Rio in June to reform world politics and government. Among the proposals: a call to replace the largely ineffective U.N. Commission on Sustainable Development with a council that reports to the U.N. General Assembly, at attempt to better handle emerging issues related to water, climate, energy and food security. The report advocates a similar revamping of other international environmental institutions.

Unfortunately, far more is needed. To be effective, a new set of institutions would have to be imbued with heavy-handed, transnational enforcement powers. There would have to be consideration of some way of embracing head-in-the-cloud answers to social problems that are usually dismissed by policymakers as academic naivete. In principle, species-wide alteration in basic human behaviors would be a sine qua non, but that kind of pronouncement also profoundly strains credibility in the chaos of the political sphere. Some of the things that would need to be contemplated: How do we overcome our hard-wired tendency to “discount” the future: valuing what we have today more than what we might receive tomorrow? Would any institution be capable of instilling a permanent crisis mentality lasting decades, if not centuries? How do we create new institutions with enforcement powers way beyond the current mandate of the U.N.? Could we ensure against a malevolent dictator who might abuse the power of such organizations?

Behavioral economics and other forward-looking disciplines in the social sciences try to grapple with weighty questions. But they have never taken on a challenge of this scale, recruiting all seven billion of us to act in unison. The ability to sustain change globally across the entire human population over periods far beyond anything ever attempted would appear to push the relevant objectives well beyond the realm of the attainable. If we are ever to cope with climate change in any fundamental way, radical solutions on the social side are where we must focus, though. The relative efficiency of the next generation of solar cells is trivial by comparison. source – Scientific America