On December 22, 1899, God called home one of his servants by the name of Dwight L. Moody. The story of how God used this humble, simple man to... 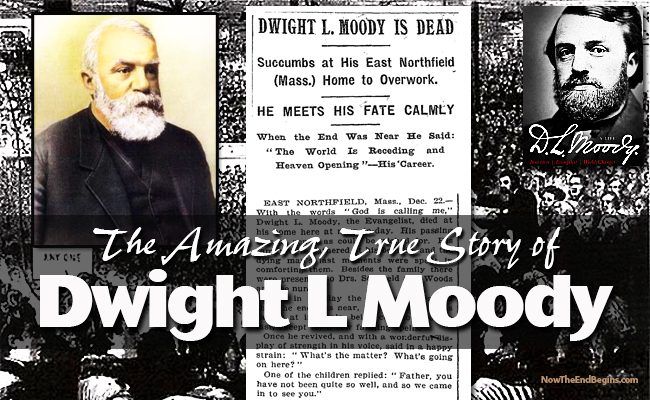 From Shoe Salesman To God’s Preacher.

On December 22, 1899, God called home one of his servants by the name of Dwight L. Moody. The story of how God used this humble, simple man to shake the world on 2 continents for the Gospel of Jesus Christ is a story that deserves not only to be told, but to be studied at length as there is much in DL’s life that will greatly benefit us in our Christian walk.

Today, on the 114th anniversary of the home-going of this great man of God, we open up both the history books as well as the biblical record to see the source of Moody’s power and preaching. No one since, not even Billy Graham, has had as much an impact on the world as Moody had. He never wavered, there was not even a whiff of scandal of any kind, even with millions of dollars that passed through his hands. He kept the faith, he finished his course, and has much to teach us still 114 years after he passed off the scene.