Three explosions are heard in Jerusalem after Code Red sirens blare in the capital. Sirens are also heard in Binyamina and Kibbutz Ma’agan Michael in northern Israel, Rishon Lezion... 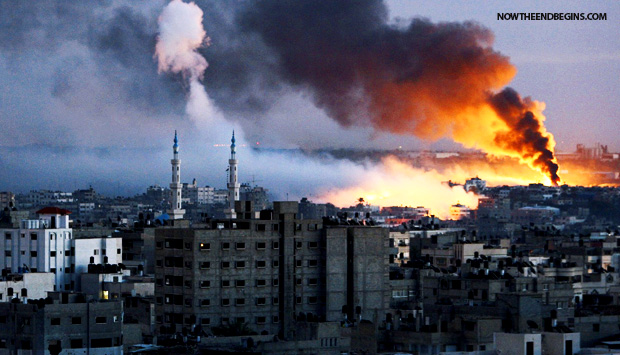 Netanyahu vows to widen Gaza operation, as cabinet okays call-up of 40,000 troops; rocket shot down over Tel Aviv; terrorists killed in firefight at Zikim army base

Three explosions are heard in Jerusalem after Code Red sirens blare in the capital. Sirens are also heard in Binyamina and Kibbutz Ma’agan Michael in northern Israel, Rishon Lezion in central Israel and Ashdod in southern Israel.

After a rocket was shot down over Tel Aviv earlier today, a second siren is heard in the city, followed by two explosions and a third siren.

Less than three hours after a rocket was shot down over Tel Aviv, the Iron Dome missile defense system intercepts a second rocket over the vibrant central city.

Meanwhile, Code Red alerts are heard throughout central Israel, including in Tel Aviv.