The Second Amendment Was Never About The Right To Go Hunting

The strongest reason for the people to retain the right to keep and bear arms is, as a last resort, to protect themselves against tyranny in government.... 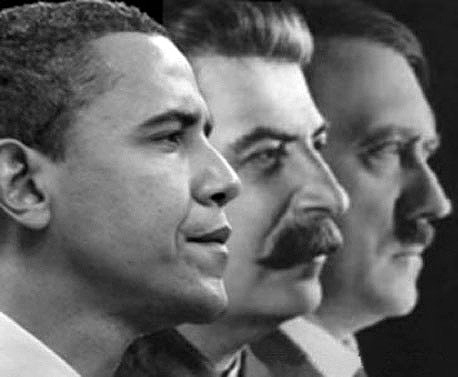 
In all the noise and clamor today over guns and gun control, let us pause for a moment and refresh our failing memories with exactly what the Second Amendment to the United States Constitution actually says and secures:

“A well regulated militia being necessary to the security of a free State, the right of the People to keep and bear arms shall not be infringed.” September 21, 1789, Second Amendment to the United States Constitution. 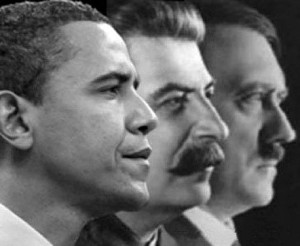 Read those words written by our forefathers and let them sink in. The right to own guns to protect your personal freedoms – keep and bear arms – was never, not even for a moment, written to protect your right to go deer and bear hunting.

It was written to guarantee all Americans for as long as the Union would survive, the right to own firearms to protect their liberties from their government and elected officials. To protect themselves from tyrants and dictators in the event they should arise. The use of guns for sports and recreation was not even a thought in their heads at the time they wrote this.

The way of all dictators

One lesson we have clearly been taught in the past 120 years, is that dictators, tyrants and liberals are not “against guns”. Not in the least. What they are against is letting you have guns to defend your self and your family. Every brutal dictator from Mao to Stalin to Mussolini to Hitler all have one thing in common. They all disarmed their citizens prior to placing them into subjection. And once having disarmed them, they all lorded over the people with fully-loaded weapons, using them at the slightest provocation. Hitler would never have been able to round up the Jews and place them in ghettos on their way to the concentration camps had those same Jews had weapons.

Liberals are not anti-gun

Obama and his Washington Progressives are not anti-gun. Don’t entertain that thought for one fleeting second. They love guns. They all have bodyguards with automatic weaponry, they all send their kids to fancy private schools with fully-armed guards. What they are against is YOU having guns to protect yourself. That is what they seek to control, to ban, to eradicate. Not guns, but the ability of the citizenry for self-defense from tyrants. Once you are disarmed, you become easy prey. Our Founding Fathers knew this, and did everything they could to warn future generations from becoming disarmed.

Our Founding Fathers said this about defending ourselves from tyrants:

“Guard with jealous attention the public liberty. Suspect everyone who approaches that jewel. Unfortunately, nothing will preserve it but downright force. Whenever you give up that force, you are ruined. The great object is that every man be armed. Everyone who is able may have a gun.” – Patrick Henry

“Before a standing army can rule, the people must be disarmed, as they are in almost every kingdom in Europe. The supreme power in America cannot enforce unjust laws by the sword, because the whole of the people are armed, and constitute a force superior to any band of regular troops.” Noah Webster

“Arms in the hands of the citizens may be used at individual discretion for the defense of the country, the overthrow of tyranny or private self-defense.” John Adams

“The strongest reason for the people to retain the right to keep and bear arms is, as a last resort, to protect themselves against tyranny in government.” Thomas Jefferson

My fellow Americans, choose wisely. What you allow to happen here in 2013 will dictate the course of how America will go hereafter. Freedom and liberty are not guaranteed, it is not a given. It was won by blood, sweat and toil and will be preserved by the same. The current battle in our local governments and in the White House is not about “gun control” or the “public safety”. It is about controlling you. It is about removing your right and ability to defend yourself against tyrants and dictators.

“Freedom is never more than one generation away from extinction. We didn’t pass it to our children in the bloodstream. It must be fought for, protected, and handed on for them to do the same, or one day we will spend our sunset years telling our children and our children’s children what it was once like in the United States where men were free.”
Ronald Reagan

And remember this: Every modern dictatorship in the past 200 years has disarmed the people. And then having disarmed them, they enslaved them. Finally, having enslaved them they were sent to camps to be tortured and killed. This is the legacy of Stalin, Mao, Hitler and all the rest. Hitler killed 11,000,000, Stalin 21,000,000, WWII killed 55,000,000.

What you allow to happen now could very well remove what freedoms we have left as a nation. In our bloated pride and false sense of patriotism, we think that this could never happen to us. We think that we will always be free because we are Americans. But you are dead wrong.

Disregard the lessons of history at the cost of your own life.