Palestinians are waiting for confirmation from the United States whether it will use its veto power at the United Nations Security Council this September when the Palestinian Authority is... 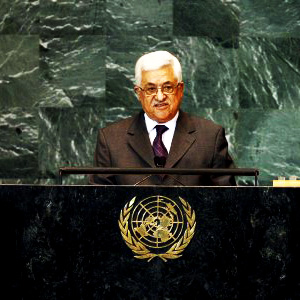 Why was he not brought to trial for his participation in the 1972 Israeli massacre at the Munich Olympics?
by Geoffrey Grider July 20, 2011
NOW THE END BEGINS SHARE:

Would it surprise you to learn that the bible has already fully anticipated the “two-state solution”, and write about what the outcome of it will be in many places? We read this in the 3rd chapter of the book of the prophet Joel –

“For, behold, in those days, and in that time, when I shall bring again the captivity of Judah and Jerusalem, I will also gather all nations, and will bring them down into the valley of Jehoshaphat, and will plead with them there for my people and [for] my heritage Israel, whom they have scattered among the nations, and parted my land.” Joel 3

See what that says? It starts out by talking about the time when Israel would be brought back into their land, and that was fulfilled officially on May 15, 1948. And then it goes on to say that sometime after that event, there would be a concerted effort by outside forces to “part” the land of Israel, leading to a major, nasty war. So while the palestinians and the world go madly on talking about a “two-state solution”, God fully plans in implementing His “one-state solution”. And brother, it’s gonna be a doozy!

The road to September

Why was he not brought to trial for his participation in the 1972 Israeli massacre at the Munich Olympics?

Palestinians are waiting for confirmation from the United States whether it will use its veto power at the United Nations Security Council this September when the Palestinian Authority is scheduled to request recognition for an independent state, Israel Radio reported Tuesday. PA President Mahmoud Abbas, currently in Norway, said that Palestinians would go to the UN General Assembly if any Security Council member vetoes the state bid.

Abbas echoed statements made by PA negotiator Saeb Erekat earlier this week. “This is a legal, political and moral right,” Erekat said. “If the US uses the veto against our request, we will return to the UN with a request to upgrade the status of the Palestinian state to non-member.

Afterward, we will go back to the Security Council once and twice and three times to ask for full membership.”

Erekat said that Abbas, who is currently touring a number of EU countries, would ask Norway and Spain to recognize a Palestinian state on the pre-1967 lines. “President Abbas is determined to go to the UN,” said Erekat, who is accompanying Abbas. Abbas also plans to visit Turkey in the coming days, to attend a meeting of scores of PA ambassadors to discuss the PA’s diplomatic moves ahead of September, Erekat disclosed. source – JPost