In a highly unusual move, foreign diplomats are expressing alarm to U.S. government officials about what they say are inflammatory and insulting public statements by Republican presidential front-runner Donald Trump, according to senior U.S. officials.

Over the past 7 years, world leaders have gotten quite used to a “softer” America with a president that bows down to foreign rulers. They have gotten used to an America that doesn’t make everything and win everything. The “golden streets” of the United States have mellowed to a pusillanimous bronze hue, and the other nations desire for us to stay in this non-exceptional condition. The New World Order does not want an energized, patriotized, and monetized Donald J. Trump getting elected president and ruining all their plans and schemes. 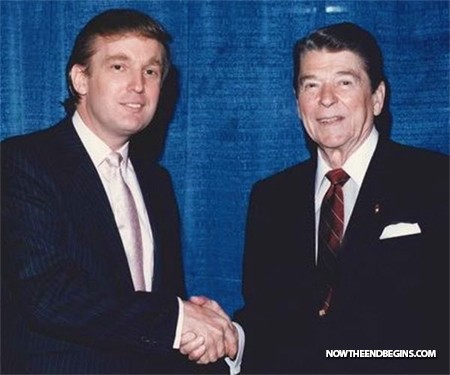 15 Things Trump and Reagan Have in Common

In a highly unusual move, foreign diplomats are expressing alarm to U.S. government officials about what they say are inflammatory and insulting public statements by Republican presidential front-runner Donald Trump, according to senior U.S. officials.

Senior leaders in several countries — including Britain, Mexico, France, and Canada — have already made public comments criticizing Trump’s positions. German Economy Minister Sigmar Gabriel branded him a threat to peace and prosperity in an interview published on Sunday.

A spokesperson for the Mexican government would not confirm any private complaints but noted that its top diplomat, Claudia Ruiz Massieu, said last week that Trump’s policies and comments were “ignorant and racist” and that his plan to build a border wall to stop illegal immigration was “absurd.” “All foreign diplomats I’ve talked to are amazed at the Trump phenomenon and worried about it, especially in the Middle East and Europe,” said Elliott Abrams, senior fellow at the Council on Foreign Relations think tank who handled Middle East affairs at the National Security Council from 2001 to 2009 under then-President George W. Bush.

A Brief History Of The New World Order:

The people you will meet in this video are exactly the people who are pulling out all the stops to prevent a Trump presidency. After you watch it you will understand why.

The foreign officials have been particularly disturbed by the anti-immigrant and anti-Muslim themes that the billionaire real estate mogul has pushed, according to the U.S. officials.

The last time any other presidential candidate caused this much consternation among world leaders was in 1980 with Ronald Reagan. I was 19 at the time, and well recall the endless attacks against the “movie star” candidate who, they said, would collapse our economy and bring us into a war with Russia. Jimmy Carter was president at the time, and like now, the global society had gotten used to a weak, soft America and wanted to keep it that way. So what was the results of the Reagan years? Unprecedented prosperity, peace in America, and oh yeah, Reagan single-handedly caused the the Berlin Wall to come down. Today we regard Ronald Reagan as the greatest American president of the modern era.

Not bad for an unqualified, Hollywood B-movie star who everyone would ruin America.

Today, Donald Trump stands in almost exactly the same position that Ronald Reagan once did. His critics says his policies will spark foreign wars and ruin the economy. Foreign leaders are terrified of a strong, energized American president who will make America great again. But the American people know better. There is no criticism of Ted Cruz, Marco Rubio, Hillary Clinton or any of the others because every single one of them will maintain the current status quo.

It’s time for America to step out of our own, self-imposed shadows. It’s time to stop bowing to foreign leaders. It’s time to stop borrowing and start making things again in America, and not in Chinese sweatshops like Apple does. The New World Order hates Donald Trump and is terrified by the things he says and the things he wants to do. Their hatred of him is exactly why I like him. Any enemy of the New World Order is a friend of mine.

“You and I have a rendezvous with destiny. We will preserve for our children this, the last best hope of man on earth, or we will sentence them to take the first step into a thousand years of darkness. If we fail, at least let our children and our children’s children say of us we justified our brief moment here. We did all that could be done.” – Ronald Reagan