The Garden of Oil

Politicians do nothing but talk the talk about exploring new resources of energy so America is no longer dependent on oil. One administration lifts the ban then another puts... 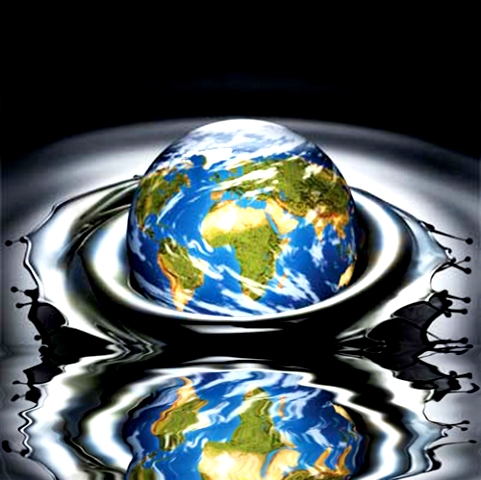 Politicians do nothing but talk the talk about exploring new resources of energy so America is no longer dependent on oil. One administration lifts the ban then another puts the lid back on. It has been a never ending process and the truth is it never will end because the world must depend on its love of oil so God’s plan can come a full circle. What keeps many nations fighting today in their quest for oil is what will ultimately bring the world to its knees in the end of days. The way this is prophesized to take place may put the events in the Middle East in a whole new perspective for you.

For those who claim there is no correlation between the events in Egypt and oil allow me to refute that argument by what the Muslim Brotherhood requested just days ago; that Egypt cut off all oil to Israel. Not only are the events in Egypt placing Israel on watch militarily but oil correlates directly to the chaos in Egypt and the goals of the radicals wishing to take over the nation of Israel. This threat has long placed Israel in a situation where they must become self sufficient in oil resources.

God is the creator of all things and His divine design wasn’t by mistake. He knew exactly what He was doing upon His creation and why.  Everything was created for a purpose. He placed everything as it is so the chapters of world events would read as He intended for His purpose. As we know, thousands of years ago mankind began in the Garden of Eden; the place where everything was perfect until man caved into seduction as sin ushered into the world. That lush garden was the location where sin became to fruition.  What lies beneath that garden will create that same seduction. Only this time, the seduction will be for a commodity; oil.

Oil deposits come from the decomposition of animal and plant over many years.  Major vegetation from thousands of years ago has resulted in the findings of oil all over the world. Now remember that this decomposition takes years and years. So think about where the lushest place in the beginning of mankind was and where it more than likely is today; near Israel. Many Geophysicists believe that some of the Earths richest petroleum deposits are just east of Israel which is where the Garden of Eden was likely to be.

Prophecy tells us that in the end days there will be an Islamic-Russian invasion of Israel. Christians know this as the Gog-Magog war. Eschatology scholars believe based on scripture this invasion will be driven by oil. The idea that the invasion will be driven by lust for oil is derived from Ezekiel 38:4 where God speaks of the invading nations and says “I will turn thee back and put hooks into thy jaws” Ezekiel 38:4 KJV. That hook is believed to be oil. We have already seen the way nations are ‘’hooked’’ on oil but this hook that God will launch will drag the invading nations of Israel to their demise.

This prophecy has already begun to come to fruition. Israel has already begun to find incredible amounts of oil and gas in recent years. In January of 2009 three massive gas reservoirs were discovered off the coast of Haifa. In 2010 there was a major Leviathan gas finding that was the largest finding in over a decade. The reserves are said to be worth up to forty five billion dollars and could make Israel oil sufficient up to one hundred years. Prophecy scholars predict that Israel will discover more massive amounts of oil. As I have previously talked about, oil and defense go hand in hand. This oil will release Israel from their need to depend on Islamic nations for oil but will also give those hostile nations towards Israel the drive to invade Israel in their attempts to take over the findings and wealth.

I like others have warned to keep an eye on Russia. Russia has proven time and time again they are no friend of America or our ally Israel. Russia never ceases from pumping up their military while pressuring America to sign treaties (like START) that do nothing but place America in vulnerable positions. Russia’s desire to become the strongest military nation never has ceased and they will continue this quest until the end of days. Oil equals wealth and wealth equals military might.

It’s not looking too good that America will become self sufficient on our own oil.  What we do know based on Scripture is that in some way Israel will. When this comes to pass, the biggest question for America will be whether or not we will stand with Israel or will we follow Russia and the other Islamist nations in their oil quest which will lead to their ultimate demise.  The Garden of Eden presented the seduction for mankind to fall and that very same place will ultimately seduce nations to their fall. The Garden of Eden will become the Garden of oil. At that time, God will bring his justice full circle.  As I said, God knows exactly what He is doing. Nothing is by coincidence.

That’s why when I see the images of men riding in on horses through the protestors and streets of Cairo, as a Christian I can’t help but think about the nineteenth chapter in the book of Revelation which describes Jesus riding in on his white horse upon his return to Earth in all His glory: “And I saw heaven opened, and behold a white horse; and he that sat upon him [was] called Faithful and True, and in righteousness he doth judge and make war” Revelation 19:11 KJV.

So as we watch the chaos in the Middle East unfold, look at these events through Biblical eyes because that will allow us to understand why this is happening and how it will ultimately end up.