The murder of Kathryn Steinle on the Embarcadero in San Francisco by an illegal alien is the most familiar example of a crime committed by an alien. But... 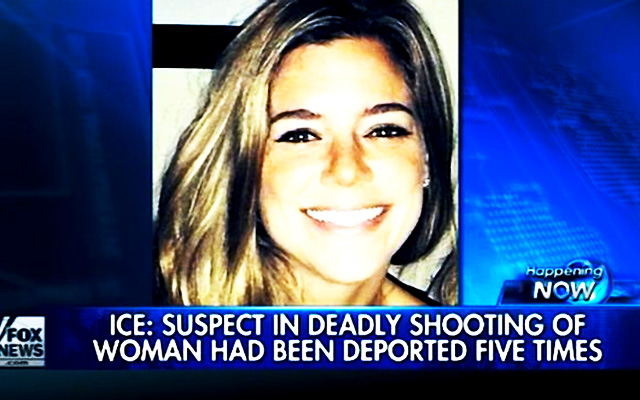 The murder of Kathryn Steinle on the Embarcadero in San Francisco by an illegal alien is the most familiar example of a crime committed by an alien.

In an unreleased internal report by the Texas Department of Public Safety reveals that aliens have been involved in thousands of crimes in Texas alone, including nearly 3,000 homicides.

PJ Media obtained an never-before-released copy of a Texas DPS report on human smuggling containing the numbers of crimes committed by aliens in Texas.  According to the analysis conducted by the Texas Department of Public Safety, foreign aliens committed 611,234 unique crimes in Texas from 2008 to 2014, including thousands of homicides and sexual assaults.

The Texas DPS report says well over 100,000 individual criminal aliens have been booked into Texas jails:

From October 2008 to April 2014, Texas identified a total of 177,588 unique criminal illegal alien defendants booked into Texas county jails. These individuals have been identified through the Secure Communities initiative, in which Texas has participated since October 2008.

That means that the already stratospheric aggregate crime totals would be even higher if crimes by many illegal aliens who are not in the fingerprint database were included.

The Secure Communities initiative is an information-sharing program between the Department of Homeland Security and the Department of Justice. Presumably, both departments would have data on the number of fingerprint searches conducted that revealed a criminal act involved an alien.