Hundreds of people have organized a "Counter Jade Helm" surveillance operation across the Southwestern states and in an effort to keep an eye on the contentious military drill that's... 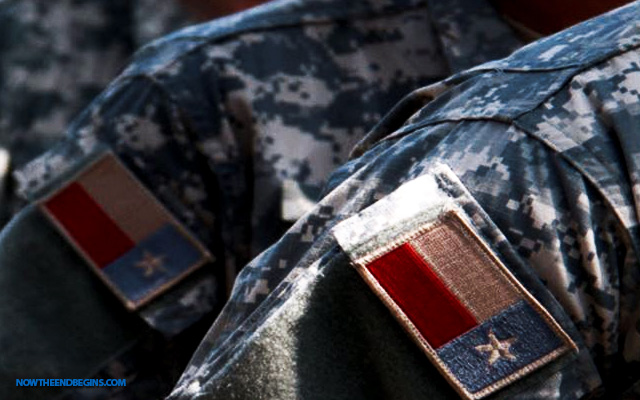 When the troops land in Texas for Operation Jade Helm next week, someone will be waiting for them.

EDITOR’S NOTE: In just two days from now, Operation Jade Helm 15 will kick-off in Texas, and what will actually happen is anyone’s guess at this point. One thing is for sure though. Never before in American history has a peacetime mainland America seen such an unrelenting incursion of Military into the civilian population. It seems to be the “frog in the cold water” approach to gradually getting people used to living alongside a standing army. All part of Barack Obama’s promised “fundamental transformation” of America.

Hundreds of patriots have organized a “Counter Jade Helm” surveillance operation across the Southwestern states and in an effort to keep an eye on the contentious military drill that’s sparked many suspicious of Uncle Sam’s intentions.

Eric Johnston, a 51-year-old retired firefighter and sheriff’s deputy who lives in Kerrville, is a surveillance team leader in Texas. He’ll coordinate three groups of volunteers, about 20 folks in total, who hope to monitor the SEALs, Green Berets and Air Force Special Ops in Bastrop, Big Spring and Junction when Jade Helm kicks off on July 15. With media prohibited at the drills, the volunteers could be a main source of information for the highly-anticipated seven-state exercise.

But locations more precise than the towns around which troops will drill remain unknown. For the citizens’ surveillance operation, therein lies the first challenge. “If a team member sees two Humvees full of soldiers driving through town, they’re going to follow them,” Johnston said. “And they’re going to radio back their ultimate location.”

They aren’t worried about martial law, he said, but feel like they can’t trust the government, and want to make sure the Military isn’t under orders to pull anything funny.

The Texas volunteers are just one regiment of a national effort, organized by 44-year-old former Marine Pete Lanteri, a New Yorker living in Arizona with plenty of experience on civilian border patrols. He founded the Counter Jade Helm Facebook page, with six thousand members, and he made the webpage and forum to which field reports will be uploaded.

“We’re going to be watching what they do in the public,” he said. “Obviously on a military base they can do whatever they want. But if they’re going to train on public land we have a right as American citizens to watch what they’re doing.”

He said the volunteer force includes about 200 people, with the largest group in Arizona. Many former military and law enforcement, as well as lifelong civilians have joined the cause. source