Sixth-grade children in many Texas public schools are being tasked with designing flags for a new socialist nation as part of the state's curriculum, EAG News reported Monday.... 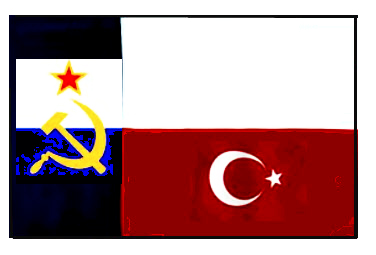 Having Obama as president has made the hardcore Liberal Left in America very bold.
by Geoffrey Grider February 7, 2013
NOW THE END BEGINS SHARE:

Sixth-grade children in many Texas public schools are being tasked with designing flags for a new socialist nation as part of the state’s curriculum, EAG News reported Monday.

“Notice socialist/communist nations use symbolism on their flags representing various aspects of their economic system. Imagine a new socialist nation is creating a flag and you have been put in charge of creating a flag,” says a lesson plan being used as part of CSCOPE, the curriculum being used by over 70 percent of Texas school districts.

Having Obama as president has made the hardcore Liberal Left in America very bold. This flag represents how your tax dollars are being spent in our public school system.

“Use symbolism to represent aspects of socialism/communism on your flag. What kind of symbolism/colors would you use?” the lesson plan asks.

According to the Associated Press, witnesses told the Texas Senate Education Committee last week that the program promotes liberal values they described as “anti-Christian at best and openly socialist at worst.”

“Does that sound like we’re sympathizing with those types of countries?” Sen. Larry Taylor (R-Friendswood) asked regarding the flag assignment. He later said that he found it “very egregious as a Texas and an American.”

“Committee Chairman Dan Patrick, R-Houston, called it ‘a mess.’ One witness compared the system to ‘mind control,’ and an algebra teacher wept as he described quitting because he felt he was ‘aiding and abetting a crime’ by using CSCOPE in his classroom,” the AP reported.

An article at Texas CSCOPE Review was even harsher in its criticism, accusing Obama of “teaching our children how wonderful socialism is and that communism is even better.”

“CSCOPE is the prelude to having the Obama Common Core Standards in our schools. Via our Texas School Superintendents, who are studying how to implement Common Core, our state Education services centers are setting in place the perfect technology framework called CSCOPE,” Texas CSCOPE Review added.

Another post at the Review shows a graphic used in the curriculum and says that it promotes communism to young children.

“On top of this,” the Review said, “no one is allowed to view the CSCOPE lessons except teachers who had to sign a gag-order not to tell anyone about the content of the lessons.”

The AP added that Lebay was asked about complaints that some lesson plans promote pro-Islamic ideals, or “described participants of the Boston Tea Party as terrorists.” “You know America is changing when leftists have even infiltrated Texas schools,” Kyle Olson wrote at EAG News. source – Examiner