Teenage Buddhist Convinced World Was Going To End Kills Herself

Isabel Taylor, 16, thought civilisation would end in 2012 after researching doomsday scenarios. 'She believed something was going to happen that would change the world, I'm not sure whether... 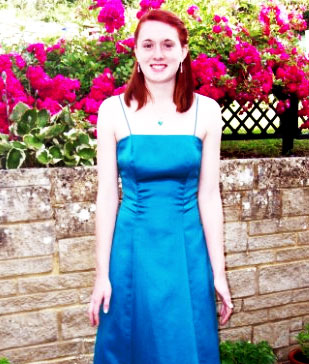 Isabel Taylor, 16, thought civilisation would end in 2012 after researching doomsday scenarios
by Geoffrey Grider May 18, 2012
NOW THE END BEGINS SHARE:

No peace with the Prince of Peace

“For godly sorrow worketh repentance to salvation not to be repented of: but the sorrow of the world worketh death.” 2 Corinthians 7:10

Here at NTEB, our ministry is bringing you events that relate to the rapture of the Church, and the end of the world. But through it all, we do our very best to tell you about Jesus, the One who made it possible for YOU to spend eternity with Him in Heaven for ever. This story you are about to read is heartbreakingly tragic. But when you have your eyes on the world, and not on the One who has conquered the world, it is a bleak outlook entirely. She was a devout Buddhist, but when she needed Buddha the most he was not there. That’s because Buddha, like Mohammed, Joseph Smith, Ellen G White and all the other false teachers and preachers this world produces, will only ever lead you to death. But God, who loved you so much He sent His Son to die in your place, leads you to peace, hope, and eternal life.

From the Daily Mail UK: A teenager hanged herself after becoming convinced the world would end in 2012 after researching doomsday scenarios on the internet, an inquest heard.

Schoolgirl Isabel Taylor, 16, turned to Buddhism after becoming fed up with the ‘complications and injustice’ of the modern world. But while searching for answers she began researching doomsday scenarios – becoming convinced a nuclear reactor meltdown would end civilisation in the coming months.

She had researched on the internet how to overdose but was found hanged in her bedroom by her mother.

Yesterday her parents Gary, 51, and Ingrid, 48, said in a statement: ‘We have questioned and searched our hearts to try to find an answer to why Isabel went down this devastating path.

‘She yearned for an uncomplicated and perfect world where every living thing would be valued and at peace.

‘But the simple and perfect world she sought, where all living things would be treated with compassion and equality, was never going to materialise. ‘Unfortunately the future for her in her eyes must have seemed very bleak.

‘Sadly there were too many bad points for her to contend with and the lure to opt out was too compelling. ‘We can only conclude that she wasn’t prepared to adjust to adulthood with all the complications, injustice and, for her, unhappiness that came with it.’

The couple, of Neston, Wiltshire, said Isabel had begun making flippant remarks that the world would end soon.

Mr Taylor, a retired civil servant, said: ‘We were aware of the 2012 issue. She would mention it around the dinner table. ‘We would take it on board and say we didn’t think that was going to happen Isabel, and try to make light of it and move conversation onwards.

‘In the spring of 2011 she turned to the Buddhist faith and their teachings to search for answers because she could relate in their beliefs and principles.

‘It would seem her belief in Buddhism and the possibility of another, better life was strong enough to persuade her that the time was right to move on to what comes next.’

The inquest heard how Mrs Taylor, found her daughter hanged in her room at their home at 3.15pm in September last year, after spending much of the night on the computer.