Syrian President Bashar Assad on Tuesday threatened to set fire to the Middle East, and especially to Israel, if NATO attacks Syria, the Iranian Fars news agency reported. In... 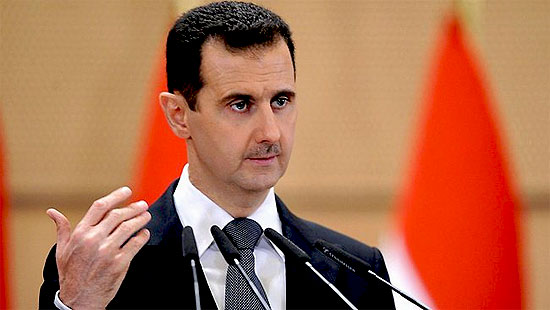 In a meeting with Turkish Foreign Minister Ahmet Davutoglu, Assad said: “If a crazy measure is taken against Damascus, I will need not more than six hours to transfer hundreds of rockets and missiles to the Golan Heights to fire them at Tel Aviv.”

Davutoglu reportedly conveyed a message of warning from the US to Assad. The Iranian report has not been verified by other sources.

According to the Fars news agency, the Syrian president stressed that Damascus will also call on Hezbollah in Lebanon to launch a fierce rocket and missile attack on Israel, one that Israeli intelligence could never imagine. “All these events will happen in three hours, but in the second three hours, Iran will attack US warships in the Persian Gulf as American and European interests will be targeted. source – YNET News