President Obama acknowledged that the U.S. underestimated the rise of the Islamic State of Iraq and Syria (ISIS, also called ISIL and overestimated the ability of the Iraqi military... 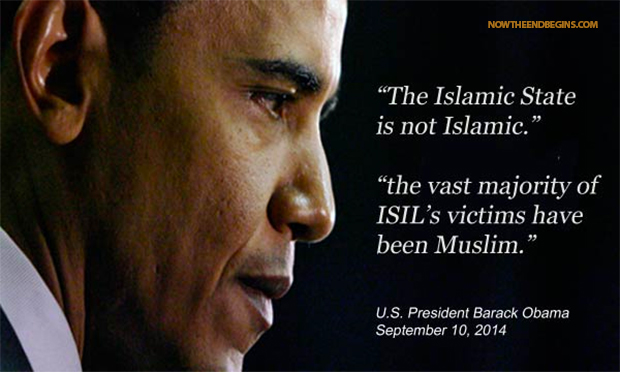 “A double minded man is unstable in all his ways.” James 1:8

In 2012, when running against Mitt Romney, Obama gave an interview where he dismissively referred to ISIS as the “JV Team”, not even worthy of the time it would take him to even formulate his statement. In 2014, ISIS is calling the shots in the Middle East, and Obama is desperately trying to play catch up. Are we to believe that Obama had absolutely no idea what ISIS was capable of? Or are we to believe that this is a carefully orchestrated plan designed to allow ISIS to come to power like he allowed Iran to go nuclear? You decide.

“The Islamic State is not Islamic”…huh?

President Obama acknowledged that the U.S. underestimated the rise of the Islamic State of Iraq and Syria and overestimated the ability of the Iraqi military to fend off the militant group in an interview that will air Sunday on 60 Minutes.

The president was asked by 60 Minutes correspondent Steve Kroft about comments from Director of National Intelligence James Clapper, who has said the U.S. not only underestimated ISIS, it also overestimated the ability and will of the Iraqi military to fight the extremist group.