Signs of the End: An Introduction to Queer Theology

In his new book, "Radical Love: An Introduction to Queer Theology," Cheng argues that radical love, "a love so extreme that it dissolves our existing boundaries," including "gay"... 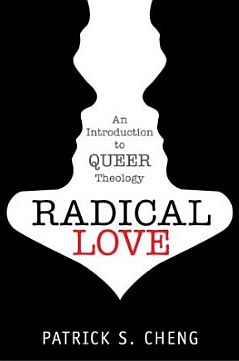 “The shew of their countenance doth witness against them; and they declare their sin as Sodom, they hide [it] not. Woe unto their soul! for they have rewarded evil unto themselves.: Isaiah 3:9

In his new book, “Radical Love: An Introduction to Queer Theology,” Cheng argues that radical love, “a love so extreme that it dissolves our existing boundaries,” including “gay” vs. “straight,” “male” vs. “female,” lies at the heart of queer theology.

“Given that theology literally means “God talk,” Cheng explained, referring to its Greek etymology, “queer theology can be defined as queer (that is, lesbian gay, bisexual, transgender and queer) people talking about God.”

“It is presumed that we have nothing to say about Christianity and/or the Christian tradition is opposed to our very existence,” he added in an email.

Queer theology has increasingly appeared within the curricula of U.S. divinity schools, including the Chicago Theological Seminary, Episcopal Divinity School where Cheng taught a course this summer, and Harvard Divinity School, which is expected to offer a course next year. Durham University and the University of Birmingham in the UK also offer such courses.

(CNN) — Malaysia’s first openly gay pastor has chosen Wednesday, coinciding with the country’s Independence Day, to get married to his American partner in New York, barely a month after same-sex marriage became legalized there.

“It means a lot to be married that day, to honor my country and people in Malaysia,” said Rev. Boon Lin Ngeo, who also goes by his pen name O.Young or Ouyang Wen Feng, in a telephone call from Kota Kinabalu, the capital of Malaysia’s Sabah state, during a visit there last week.

In Malaysia, a predominantly Muslim nation, sodomy and “carnal intercourse against the order of nature,”– under which homosexuality falls — are prosecutable under Penal Code 377. Offenders face imprisonment of up to 20 years and a whipping. Islamic Sharia laws in Malaysia also criminalize homosexuality.

The Human Rights Commission of Malaysia declined a request by CNN to comment on gay marriage, with the public affairs spokeswoman calling it “a very sensitive issue and not a common lifestyle.”

The marriage is the second for both Ngeo, 41, and his fiancé, Phineas Newborn III, 47, a Broadway producer and performer as well as progeny of two generations of jazz musicians whose name he bears. Newborn has a daughter from his previous marriage; both men’s prior marriages were with women and ended in divorce.

“A lot of gay people, because of prejudice and discrimination, hide themselves in a heterosexual marriage because of social pressures, family pressures,” Ngeo said. “So they lead a double life. That’s no good to anyone. There are a lot of straight people who have been hurt by this discrimination.”

Ngeo said he had believed his wife was sent as an angel of God to get rid of his homosexuality. “We were good friends, but something was missing,” he said.

In 1998, two years into his marriage, Ngeo went to the United States to study sociology and religious studies at the University of Wisconsin-Stevens Point. “It was an eye-opening experience,” he said. “I began to look at Christianity from new perspectives and the Bible from new perspectives and realized there are many theologies out there, many theologians, relatively different understandings of the Bible from Christian fundamentalism.”

Another formative milestone was when Ngeo went to New York in 2001 to pursue his Ph.D. in sociology at City University of New York. There he attended the New York City congregation of Metropolitan Community Churches (MCC), which was founded in 1968 as a ministry that welcomed gays, bisexuals and transgendered people.

“It was a very empowering experience for me to be in a church, and I didn’t have to deny my sexuality,” he said. “I could be very honest with myself, with all church members and also with God.”

Queer theology took its place next to liberation theology and feminist theology, he said. “Christian fundamentalism is just one school, not the only one.” source – CNN