Shyness And Grieving Soon To Be Classified As Mental Illnesses

With this precedant established, it is a very short and logical step to classifying people who believe in the Second Coming of Jesus Christ, sin, the existience of the... 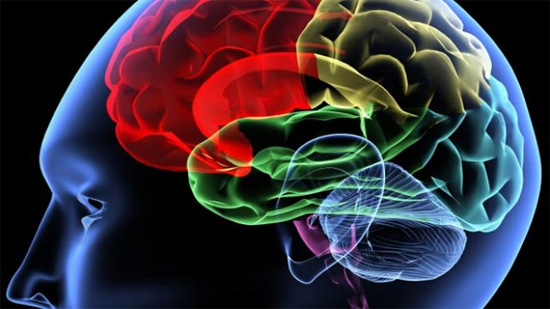 The new edition - known as DSM-5 - "will pathologise a wide range of problems which should never be thought of as mental illnesses."
by Geoffrey Grider February 10, 2012
NOW THE END BEGINS SHARE:

The war against bible-believing Christians

The impact that this has for bible believing Christians, is that by classifying things that are normal emotions as “mental illness” you now have a system by which people can be legally imprisioned and/or committed against their will if a doctor says you are ‘ill’. With this precedant established, it is a very short and logical step to classifying people who believe in the Second Coming of Jesus Christ, sin, the existience of the Devil, and the Judgement Seat of Christ, as being “mentally ill”. These are the end times, folks, so you better start paying attention…

From Fox News: Millions of healthy people – including shy or defiant children, grieving relatives and people with fetishes – may be wrongly labeled mentally ill by a new international diagnostic manual, specialists said on Thursday.

The new edition - known as DSM-5 - "will pathologise a wide range of problems which should never be thought of as mental illnesses."

In a damning analysis of an upcoming revision of the influential Diagnostic and Statistical Manual of Mental Disorders (DSM), psychologists, psychiatrists and mental health experts said its new categories and “tick-box” diagnosis systems were at best “silly” and at worst “worrying and dangerous.”

Some diagnoses – for conditions like “oppositional defiant disorder” and “apathy syndrome” – risk devaluing the seriousness of mental illness and medicalising behaviors most people would consider normal or just mildly eccentric, the experts said.

At the other end of the spectrum, the new DSM, due out next year, could give medical diagnoses for serial rapists and sex abusers – under labels like “paraphilic coercive disorder” – and may allow offenders to escape prison by providing what could be seen as an excuse for their behavior, they added.

The DSM is published by the American Psychiatric Association (APA) and has descriptions, symptoms and other criteria for diagnosing mental disorders. It is used internationally and is seen as the diagnostic “bible” for mental health medicine.

More than 11,000 health professionals have already signed a petition (at dsm5-reform.com) calling for the development of the fifth edition of the manual to be halted and re-thought.

“The proposed revision to DSM … will exacerbate the problems that result from trying to fit a medical, diagnostic system to problems that just don’t fit nicely into those boxes,” said Peter Kinderman, a clinical psychologist and head of Liverpool University’s Institute of Psychology at a briefing about widespread concerns over the book in London.

He said the new edition – known as DSM-5 – “will pathologise a wide range of problems which should never be thought of as mental illnesses.”

“Many people who are shy, bereaved, eccentric, or have unconventional romantic lives will suddenly find themselves labeled as mentally ill,” he said. “It’s not humane, it’s not scientific, and it won’t help decide what help a person needs.”

Simon Wessely of the Institute of Psychiatry, King’s College London said a look back at history should make health experts ask themselves: “Do we need all these labels?”

Allen Frances, Emeritus professor at Duke University and chair of the committee that oversaw the previous DSM revision, said the proposed DSM-5 would “radically and recklessly expand the boundaries of psychiatry” and result in the “medicalisation of normality, individual difference, and criminality.”

As an unintended consequence, he said an emailed comment, many millions of people will get inappropriate diagnoses and treatments, and already scarce funds would be wasted on giving drugs to people who don’t need them and may be harmed by them.

Nick Craddock of Cardiff University’s department of psychological medicine and neurology, who also spoke at the London briefing, cited depression as a key example of where DSM’s broad categories were going wrong.

Whereas in previous editions, a person who had recently lost a loved one and was suffering low moods would be seen as experiencing a normal human reaction to bereavement, the new DSM criteria would ignore the death, look only at the symptoms, and class the person as having a depressive illness.

Other examples of diagnoses cited by experts as problematic included “gambling disorder,” “internet addiction disorder” and “oppositional defiant disorder” – a condition in which a child “actively refuses to comply with majority’s requests” and “performs deliberate actions to annoy others.”

“That basically means children who say ‘no’ to their parents more than a certain number of times,” Kinderman said. “On that criteria, many of us would have to say our children are mentally ill.” source – Fox News