#ShoutYourAbortion Group Tells Followers To Be Proud Of Aborting Your Baby

American activist Lindy West started the #ShoutYourAbortion hashtag in response to the news that the House of Representatives voted 241–187 to suspend federal funding for Planned Parenthood ... 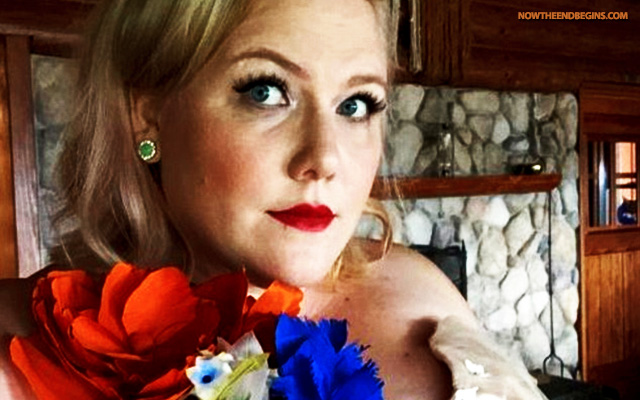 “Ye have heard that it was said by them of old time, Thou shalt not kill; and whosoever shall kill shall be in danger of the judgment:” Matthew 5:21 (KJV)

EDITOR’S NOTE: To every woman reading this who has aborted their baby, I want to let you know that on the basis of God’s Holy word there is forgiveness of that sin and all  your other sins as well. You don’t have to live in fear and shame, let God cleanse you with His shed blood. “For God so loved the world, that he gave his only begotten Son, that whosoever believeth in him should not perish, but have everlasting life.” John 3:16 (KJV) And if you are a Christian who had an abortion after you’ve been saved, there is cleansing for you as well. “If we confess our sins, he is faithful and just to forgive us our sins, and to cleanse us from all unrighteousness.” 1 John 1:9 (KJV)

American activists Lindy West and Amelia Bonow started the #ShoutYourAbortion hashtag on September 19 in response to the news that the House of Representatives voted 241–187 to suspend federal funding for not-for-profit health organisation Planned Parenthood.

Writer Ms West asked people on Twitter to use the hashtag to explain how their lives have been impacted by safe, legal abortion. More than 88,000 people have contributed to the discussion.

She said the ‘campaign to defund PP “relies on the assumption that abortion is to be whispered about”.’ Ms West took to Twitter and shared a Facebook post written by Amelia Bonow, a fellow writer and self-proclaimed ‘internet rabble-rouser’.

In the post, Seattle-based Ms Bonow revealed she had an abortion ‘like a year ago’ at Planned Parenthood on Madison Avenue. She added that having the termination ‘is a choice’ and that she has a ‘good heart’: ‘Why wouldn’t I be happy that I was not forced to become a mother?’

However, not everyone was pleased with the frank online discussion and popularity of the hashtag.

One user tweeting under the name ‘Common Catholic Girl’ wrote: ‘Regardless of your stance on abortion, why can’t we all agree it’s not something to brag about? Why is #ShoutYourAbortion a thing? Ugh.’

I’ve had 2 abortions. I rarely speak bout 2nd, but my silence ends today. I feel powerful! No apologies! #ShoutYourAbortion #StandWithPP

Meanwhile Issy Leach said she was ‘disgusted’ #ShoutYourAbortion was trending: ‘As an adopted child myself, I’m saddened and disgusted that #ShoutYourAbortion is trending.’   Angry pro-life supporters have adopted the hashtag #ShoutYourMurder in protest and condemned women for speaking out.

Activist Scarlett O’Stonewall said: ‘So you made bad life decisions and didn’t have to own up to them? Congratulations, self-serving whores. #ShoutYourAbortion #ShoutYourMurder.’

— Are you proud to have burned that little baby girl?!?!?!? Are you proud looking at her lifeless body?!? #ShoutYourAbortion #ShoutYourMurder — Jordan Dimmitt (@JTaylorDimmitt) September 22, 2015

A man expressing his views under the name ‘Hunty’ added: ‘Look at me! I irresponsibly got pregnant & didnt have the guts to birth the kid, so I killed it! Reward me for my bravery! #ShoutYourMurder.’

Another Twitter user called Jordan Dimmitt said: ‘Are you proud to have burned that little baby girl?!?!?!?!? Are you proud looking at her lifeless body?!? #ShoutYourAbortion #ShoutYourMurder.