Obama, when he is forced to, pays lip service to Israel and does the bare minimum that he can get away with. But as this video will show you,... 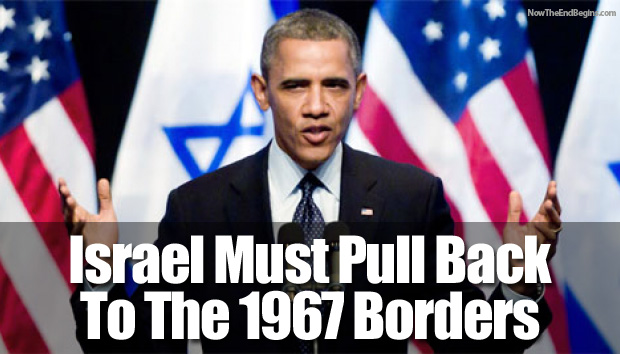 If you call yourself a Christian and don’t support the Jews and the nation of Israel, you should be ashamed of yourself. Israel is the “apple of God’s eye”, and the Jews are still His chosen people. Obama invokes the above-mentioned Genesis 12 curse on himself and on America as a nation when he goes against Israel and the Jews.

From the time that Israel was re-gathered on May 14th, 1948, every sitting American president from Harry S. Truman to George W. Bush has worked to secure and strengthen Israel and her borders. But with the election of Barack Hussein Obama, all that changed.

Obama – The Anti-Israel President from Now The End Begins on Vimeo.

Obama, when he is forced to, pays lip service to Israel and does the bare minimum that he can get away with. But as this video will show you, he is actively working to strengthen the enemies of Israel and displays an open contempt for her leader, Prime Minister Benjamin Netanyahu.