The five cities of the plains of Sodom and Gomorrah have been located and the evidence is staggering. For the first time in modern history we have found... 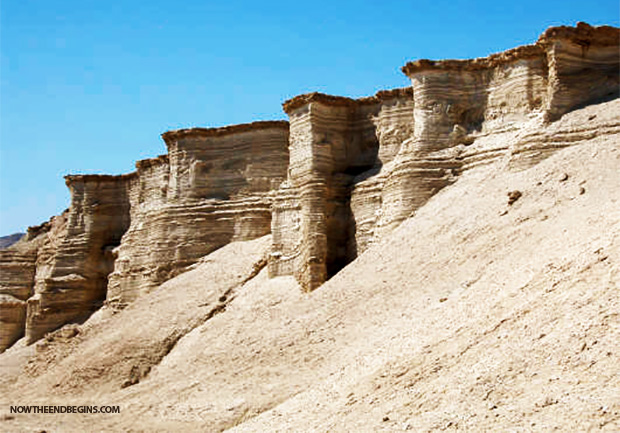 The massive destruction of Sodom and Gomorrah still visible

“Then the LORD rained upon Sodom and upon Gomorrah brimstone and fire from the LORD out of heaven; And he overthrew those cities, and all the plain, and all the inhabitants of the cities, and that which grew upon the ground.” Genesis 19:24,25

The five cities of the plains of Sodom and Gomorrah have been located and the evidence is staggering.  For the first time in modern history we have found round balls of brimstone, or nearly pure sulfur, embedded in an ashen area near the Dead Sea, which show clear signs of having once been ancient building structures.

The massive destruction of both the cities of Sodom and Gomorrah for their unrepentant homosexuality and sexual perversions remains as a stark and uncomfortable reminder that God will not forever remain silent about this matter.

Sodom still speaks! America, under the policies of president Barack Obama, has wholeheartedly embraced the LGBT Movement and works tirelessly to advance its pernicious doctrine of death and rebellion to the Holy God of Israel. What we today call Pride is what God destroyed these cities for, and why God will once again cause fire and brimstone to rain down.