“Iraqi officials at the highest level said they had requested manned and unmanned U.S. airstrikes this year against ISIS camps in the Jazira desert,” said Kenneth M. Pollack, a... 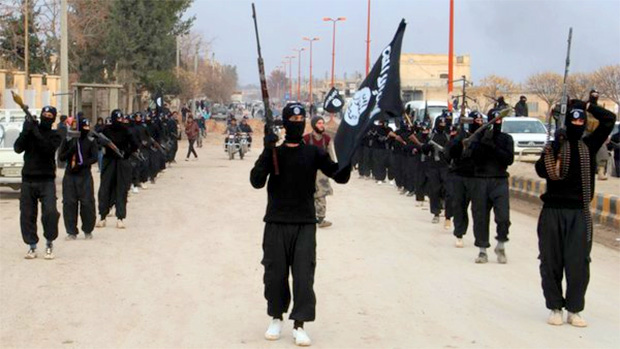 “U.S. military support for Iraq could have a positive effect but only if it is conditioned on Maliki changing his behavior within Iraq’s political system,” Mr. Pollack said. “He has to bring the Sunni community back in, agree to limits on his executive authority and agree to reform Iraqi security forces to make them more professional and competent.”
by Geoffrey Grider June 12, 2014
NOW THE END BEGINS SHARE:

The real reason why Obama denied the plea for military assistance

The New York Times yesterday reported that Prime Minister Nuri Kamal al-Maliki secretly asked the Obama administration to consider carrying out airstrikes against extremist staging areas, according to Iraqi and American officials. Their article went on to say that Iraq’s appeals for a military response have so far been rebuffed by the White House. Now why would you suppose that president Obama would refuse the Iraqi pleas for assistance? The truth just may surprise you.

“U.S. military support for Iraq could have a positive effect but only if it is conditioned on Maliki changing his behavior within Iraq’s political system,” Mr. Pollack said. “He has to bring the Sunni community back in, and agree to limits on his executive authority.”

You may not know this, but US president Barack Hussein Obama was raised as a Sunni Muslim. You also may not know that Sunni and Shia Muslims hate each other, and are constantly at war with each other. When Obama makes a decision about any military move, it is never on the side of the Jews, the Christians, or even middle America. Barack Hussein Obama always sides with the Sunni’s. If you will make a mental note of that, and play close attention to news stories, they will all begin to make sense.

Sunni Muslims are the largest Muslim group in the Middle East, accounting for about 75-80% of the population. It is Sunni Muslim rebels that are at war with Assad’s regime in Syria, and Obama supplies them with guns and munitions. Obama famously supported the Muslim Brotherhood in Egypt’s uprising because the Brotherhood is Sunni. When Obama issued the order to bomb Libya, he did that too to advance the Sunni cause.

The current battle that is now raging in Iraq is being fought by the Sunni militant group ISIS (Islamic State In Iraq And Syria).  The amount of gains that they have made in less than a month has been nothing short of  astonishing. The cities of Tikrit and Mosul have officially fallen into their hands, and now the capital city of Baghdad wavers on the brink.

Obama may be forced by Congress to intervene, but he will stall for as long as possible to ensure that the Sunni Muslims are as successful as possible. Next time you see a news story about any conflict in the Middle East that the US gets involved with, it’s a near guarantee that Obama is only stepping in to aid the Sunni Muslims involved.

If the main stream media would do their job, then this story would not have been such a surprise to you.