SHOCKER! Obamacare Will Segregate Doctors And Patients According To Race And Skin Color

The key phrase is “race concordance” — a word which means “a state in which things agree and do not conflict with one another.”... 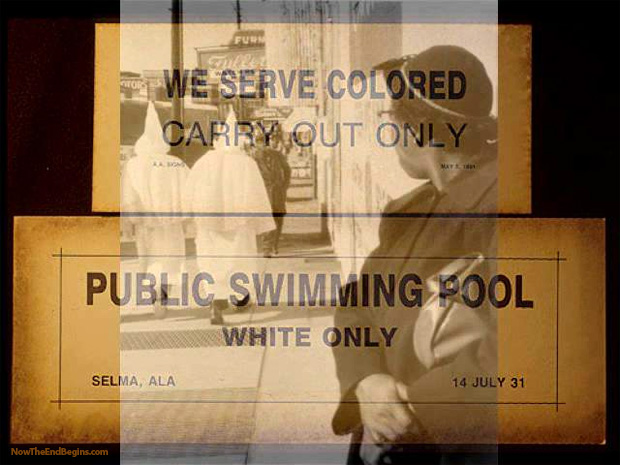 If you like your doctor, you can keep your doctor under Obamacare — if you both belong to the same race.
by Geoffrey Grider October 22, 2013
NOW THE END BEGINS SHARE:

Part of the Progressive “community organizer” social justice manifesto is widespread division. It is Obama’s aim to divide by wealth, class, backgrounds, and as this article shows, to use Obamacare to segregate by race. Obama has come to seek and destroy not only the American way of life, but America itself.

Just as God raised up the wicked King Saul to judge the Jews in the Old Testament, Barack Obama is God’s judgment on America for our wicked ways. He has given us the king we deserve.

Daily Caller: Obamacare’s spectacular flop of a roll-out distracts from its crude calculus that encourages the allocation of healthcare resources along racial lines and a doctor-patient system splintered into ethnicities.

If you like your doctor, you can keep your doctor under Obamacare — if you both belong to the same race.

While the 2010 Patient Protection and Affordable Care Act’s language on diversity sounds innocuous, a review of the frankly separatist thinking of the law’s ardent supporters indicates Obamacare is aiming for a health care system that puts political correctness above the struggle against illness and death.

A 2009 report by the Center for American Progress (CAP) examining the House and Senate bill eventually signed by President Barack Obama advocates pairing patients and doctors of the same race, a goal toward which the law channels taxpayer dollars.

“Research suggests that health care providers’ diagnostic and treatment decisions, as well as their feelings about patients, are influenced by patients’ race or ethnicity,” the CAP report reads. “Several studies have shown that racial concordance is substantially and positively related to patient satisfaction.”

The key phrase is “race concordance” — a word which means “a state in which things agree and do not conflict with one another.”

“There is… evidence that race concordance — defined as shared racial or ethnic identities between clinicians and patients — is related to patient reports of satisfaction, participatory decision making, timeliness of treatment, and trust in the health system,” the report reads. In other words, fixing the broken U.S. healthcare system means assigning Hispanic doctors to Hispanic patients, African American doctors to African American patients, Creole doctors to Creole patients, and so on.

To accomplish this, the CAP report explains, Obamacare pours taxpayer dollars into affirmative-action candidates whose judgment will lead them to make life-or-death decisions. Ultimately, these taxpayer-funded grants would provide scholarships and loan forgiveness for minorities so they could provide healthcare services exclusively to their own race or ethnicity. source – Daily Caller