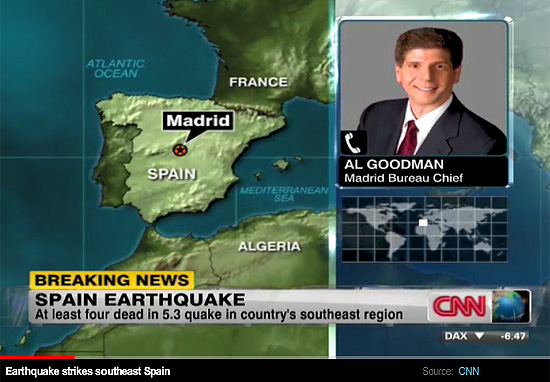 Yesterday, we reported to your that Italians were fleeing Rome based on a 1923 prediction of a major quake to occur in that city. Today, a major quake occurred in Spain, killing at least 7 people. File this story under “interesting coincidence”.

At least one of the deaths occurred in a building collapse in the town of Lorca, state-run EFE said.” source – CNN