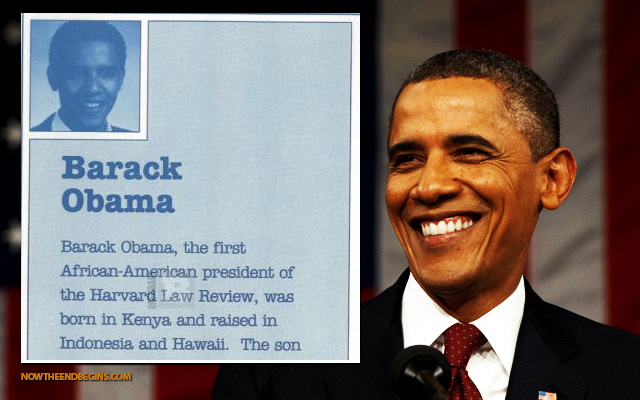 “But the fearful, and unbelieving, and the abominable, and murderers, and whoremongers, and sorcerers, and idolaters, and all liars, shall have their part in the lake which burneth with fire and brimstone: which is the second death.” Revelation 21:8 (KJV)

EDITOR’S NOTE: For 16 years, Obama’s birthplace was listed in a national literary review magazine as “Kenya”. Obama was well aware of this and never once requested that it be changed. A year prior to his running for president, this listing was suddenly changed with the editor saying it was a (16 year) “publishing error”.  Indeed, everywhere one looks into Obama’s background, we find sealed records, scrubbed websites, altered documents, deception and unanswered questions.

NAIROBI, Kenya — A massive security operation is in place to protect President Barack Obama during his visit to Kenya, which has been frequently targeted by al-Shabab militants based in neighboring Somalia. Ahead of Obama’s arrival Friday evening, large numbers of security forces patrolled in the Kenyan capital, Nairobi. Several U.S. military aircraft were spotted flying around the city. There have also been significant military attacks on Islamic militant targets in Somalia in recent weeks.

For 16 years, Obama’s birthplace was listed in a national literary review magazine as “Kenya”. A year prior to his running for president, this listing was changed and the editor said it was a (16 year) “publishing error”.

Major Nairobi roads will be temporarily closed and authorities said the international airport will be closed at times coinciding with Obama’s landing and departure Sunday for Ethiopia. Safaricom, a mobile network operator, warned of disruptions while Obama is in Nairobi to meet entrepreneurs and hold talks with Kenyan President Uhuru Kenyatta.

What a lot of people forget is that from 1991 all the way up to 2007, Barack Hussein Obama’s birth country was listed as “Kenya, Africa”. A 1991 booklet published by the literary agency representing Barack Obama, had for 16 years listed “Kenya” as the country of Obama’s birth. In the booklet, his bio states, “Barack Obama, the first African-American president of the Harvard Law Review, was born in Kenya and raised in Indonesia and Hawaii.” Apparently this same description was used to describe our president until 2007, right before his first presidential bid.

1991 Literary Agent Obama Bio Says He Was “Born in Kenya”:

Obviously, Barack Obama was not born in America, until 2007 Obama never himself claimed to be born here. He allowed his own agent listing calling Kenya his birthplace to go unchallenged and uncorrected for 16 years. Obama has illegally obtained the presidency through false means and there is no one anywhere in our nation with the guts to have him explain under oath about his literary bio with the “wrong facts”, and other discrepancies regarding where he was actually born. Facts like how he wound up with a Social Security number that matches someone born in Connecticut.

The president who campaigned for a more “open government” and “full disclosure” will not unseal his medical records, his school records, his birth records or his passport records. He will not release his Harvard records, his Columbia College records, or his Occidental College records—he will not even release his Columbia College thesis. All his legislative records from the Illinois State Senate are missing and he claims his scheduling records during those State Senate years are lost as well. In addition, no one can find his school records for the elite K-12 college prep school, Punahou School, he attended in Hawaii.

For example, Obama’s application to Punahou School – now mysteriously missing – would likely contain a birth certificate. And, according to attorney Gary Kreep, “his Occidental College records are important as they may show he attended there as a foreign exchange student.” Indeed, Obama used his Indonesian name “Barry Soetoro” while attending Occidental. Kreep has filed lawsuits challenging Obama’s eligibility to be president and as part of his lawsuit he requested Obama’s records from Occidental. However, Obama’s lawyers quickly moved to stop Occidental from honoring this request. 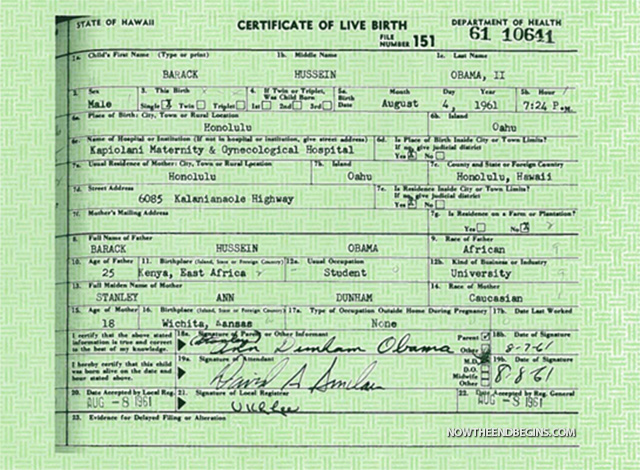 In August of 2014, NBC White House Correspondent Chris Jansing indicated relations between the U.S. and Africa should be better because of Obama’s origin. “Yeah, the fact that he’s from Kenya, and that fact that when he was elected there were expectations from the African continent that he would do great things for them…” Jansing clarified that she knew it was Obama’s father who was from Kenya but her statement put the Obama citizenship scandal back in the news.

Furthermore, now that at least three document authentication experts have declared the scanned “Certificate of Live Birth” Obama’s campaign team gave to a pro-Obama website to be an obvious phony; we know that he is hiding something here as well. Over 49 separate law suits have been filed on the eligibility/birth certificate issue alone, with several of the suits making it all the way the United States Supreme Court, only to be denied a full hearing.

Indeed, everywhere one looks into Obama’s background, we find sealed records, scrubbed websites, altered documents, deception and unanswered questions. Can anyone imagine for a second if John McCain or George Bush had blocked access to his school, medical, and birth records? It would have been headlines in their case,  but as with everything else concerning Obama, the media has given him a pass on this.

Of all these marvels, the latest mystery and probably most perplexing is that of Obama’s social security number. It appears that Obama has multiple identities in term of possessing numerous social security numbers. Orly Taitz, an attorney who has filed numerous suits against Obama regarding his eligibility to serve as president, appears to have been the first to discover this. In her suit, representing a number of military officers who are refusing to serve under an ineligible commander in chief, she hired private investigator Neil Sankey to conduct research on Obama’s prior addresses and Social Society numbers. Using Intelius, Lexis Nexis, Choice Point and other public records, Sankey found around 25 Social Security numbers connected with Obama’s name.