Saudi Women Tracked With RFID Chips By Their Male Masters

Women in Saudi Arabia are now monitored by an electronic system that tracks any cross-border movements.... 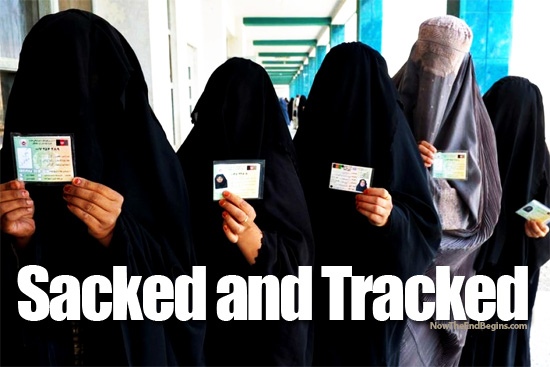 From AFP: – Denied the right to travel without consent from their male guardians and banned from driving, women in Saudi Arabia are now monitored by an electronic system that tracks any cross-border movements.

“This is technology used to serve backwardness in order to keep women imprisoned,” said Bishr, the columnist.

Since last week, Saudi women’s male guardians began receiving text messages on their phones informing them when women under their custody leave the country, even if they are travelling together.

Manal al-Sherif, who became the symbol of a campaign launched last year urging Saudi women to defy a driving ban, began spreading the information on Twitter, after she was alerted by a couple.

The husband, who was travelling with his wife, received a text message from the immigration authorities informing him that his wife had left the international airport in Riyadh.

“The authorities are using technology to monitor women,” said columnist Badriya al-Bishr, who criticised the “state of slavery under which women are held” in the ultra-conservative kingdom.

Women are not allowed to leave the kingdom without permission from their male guardian, who must give his consent by signing what is known as the “yellow sheet” at the airport or border.

The move by the Saudi authorities was swiftly condemned on social network Twitter — a rare bubble of freedom for millions in the kingdom — with critics mocking the decision.

“Hello Taliban, herewith some tips from the Saudi e-government!” read one post.

“Why don’t you cuff your women with tracking ankle bracelets too?” wrote Israa.

“Why don’t we just install a microchip into our women to track them around?” joked another.

“If I need an SMS to let me know my wife is leaving Saudi Arabia, then I’m either married to the wrong woman or need a psychiatrist,” tweeted Hisham.

“This is technology used to serve backwardness in order to keep women imprisoned,” said Bishr, the columnist.

“It would have been better for the government to busy itself with finding a solution for women subjected to domestic violence” than track their movements into and out of the country.

Saudi Arabia applies a strict interpretation of sharia, or Islamic law, and is the only country in the world where women are not allowed to drive.

In June 2011, female activists launched a campaign to defy the ban, with many arrested for doing so and forced to sign a pledge they will never drive again.

No law specifically forbids women in Saudi Arabia from driving, but the interior minister formally banned them after 47 women were arrested and punished after demonstrating in cars in November 1990.

Last year, King Abdullah — a cautious reformer — granted women the right to vote and run in the 2015 municipal elections, a historic first for the country.

Following his appointment, Sheikh banned members of the commission from harassing Saudi women over their behaviour and attire, raising hopes a more lenient force will ease draconian social constraints in the country.

But the kingdom’s “religious establishment” is still to blame for the discrimination of women in Saudi Arabia, says liberal activist Suad Shemmari.

“Saudi women are treated as minors throughout their lives even if they hold high positions,” said Shemmari, who believes “there can never be reform in the kingdom without changing the status of women and treating them” as equals to men.

But that seems a very long way off

The kingdom enforces strict rules governing mixing between the sexes, while women are forced to wear a veil and a black cloak, or abaya, that covers them from head to toe except for their hands and faces.

The many restrictions on women have led to high rates of female unemployment, officially estimated at around 30 percent.

In October, local media published a justice ministry directive allowing all women lawyers who have a law degree and who have spent at least three years working in a lawyer’s office to plead cases in court.

But the ruling, which was to take effect this month, has not been implemented. source- France 24