Russian warships joined the conflict in Syria with a volley of cruise missile attacks on Islamic State as Syrian government troops launched a major ground offensive supported by Moscow... 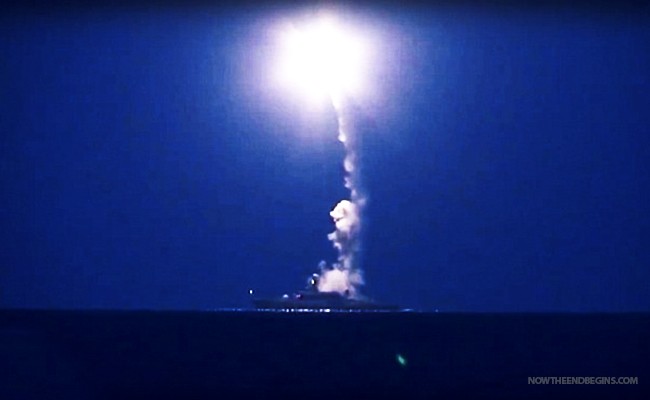 Russian Defence Minister Sergei Shoigu told Vladimir Putin in televised remarks that four ships based 900 miles away in the Caspian Sea had launched 26 missiles – and claimed they would strike 11 ISIS targets. Video released by the Russian Defence Ministry shows the warships launching the missiles which Shoigu insisted destroyed all the targets and did not hit any civilian areas.

Bombardment: Footage released from the Russian Defense Ministry shows a Russian navy ship launching a cruise missile in the Caspian Sea at what Moscow said were Islamic State targets in Syria

It came as Syrian government troops launched a ground offensive Wednesday in the country’s central region under cover of Russian airstrikes, a Damascus official said.   The latest developments – exactly a week after Russia began launching airstrikes in Syria – add a new layer to the fray in the complex war that has torn this Mideast country apart since 2011.

Moscow has mainly targeted central and northwestern Syria, strategic regions that are the gateway to President Bashar Assad’s strongholds in Damascus, and along the Mediterranean coast.

But the strikes appear to have given Assad new confidence to try to retake some lost ground. source