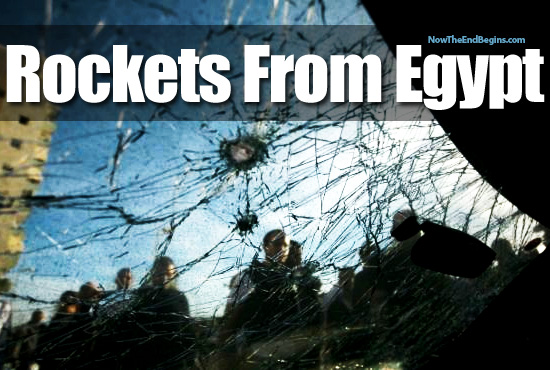 The threat from the South comes alive

“Terrorists in the Sinai Peninsula launched rockets into Israel Friday night,” reports the Jerusalem Post. “The rockets fell near an Israeli village on the southern border, causing some damage, but no injuries.”

It appears no damage was reported in connection with the rocket fire from Egypt. Earlier today, the Egyptian prime minister visited Gaza to express solidarity with the Palestinians there.

This new front comes a day after a rocket landed near Tel Aviv and on the same day Israel’s capital Jerusalem was the target of rocket fire. Those attacks were courtesy of Hamas in the Gaza Strip.

“After Tel Aviv metropolitan area, capital under fire too: An air raid siren was sounded in Jerusalem and surrounding communities early Friday evening. After residents reported hearing blast sounds, security forces confirmed that one rocket had landed in the Gush Etzion area near a Palestinian village,” Ynet reports.

“There were no reports of injuries or damage. This was the first air raid siren sounded in the area since the IDF launched Operation Pillar of Defense in the Gaza Strip. Air raid sirens were sounded in southern communities throughout the day and a barrage of missiles hit the area.” source – Weekly Standard