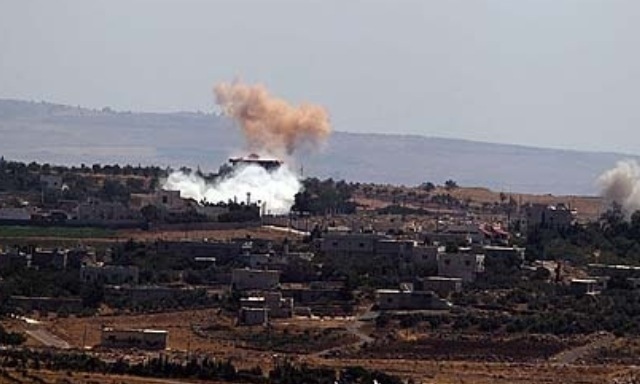 TEL AVIV — A top Syrian government official speaking to KleinOnline denied that a rocket launched from Syria that landed in northern Israeli territory today was misplaced Syrian army firing, as has been widely reported.
“I am not aware of any clashes between the Syrian Army and the rebels taking place so close to the Israeli border,” added the Syrian official. “In any case, the Syrian army does not fire rockets against the rebels.”
The official further said that mortars launched from Syria that landed in Israel yesterday were not related to any fighting between the rebels and the Syrian army.
The official refused to say whether he believed the mortars or rocket were fired at Israel deliberately either by Syrian forces or by jihad groups.
As Israelis celebrated Yom Kippur today, one rocket landed in the Golan Heights and several mortars landed yesterday near Kibbutz Elrom in the northern Golan Heights.
The projectiles were widely reported as mortars apparently fired by the Syrian army at the Syrian village of Jubata Al Khashab in response to Syrian rebel activity in the area.
A spokesperson for the Israel Defense Forces told KleinOnline the Israeli army is investigating the incidents.
source Aaron Klein