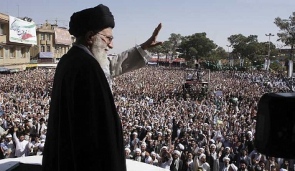 As events continue to heat up all around the Middle East, a new report comes on the scene to shake things up a bit more. The turmoil in this part of the world makes perfect sense to those who understand Bible Prophecy and how it ties into the Middle East, but it can still be a shock to see such incredible news come out in the open.

The report comes just days into Lebanon’s latest political crisis, as minister affiliated with Hezbollah and its allies withdrew from the unity cabinet led by Saad Hariri earlier this week, citing Hariri’s cooperation with the UN-led probe of his father’s killing.

Saturday’s Newsmax report, also cited by Lebanese news website Naharnet, quotes source close to the UN investigation of the Hariri killing who claimed that the order to assassinate the former Lebanon premier was given by Khamenei.

The order was then reportedly passed on to Hezbollah military leader Imad Mughniyeh by the head of the IRG’s Quds foece, Qassem Suleymani. Upon receiving the order, Mughniyeh and brother in law Mustapha Badr al-Dine allegedly put together an assassination squad. 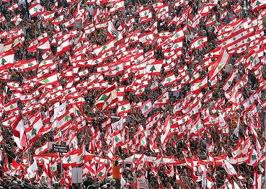 The report of Iran’s alleged involvement in the planning and execution of the Hariri assassination comes in an already volatile period in Lebanese politics, as many fear that indictments against Hezbollah officials could spark a new round of factional violence, if not full-on civil war. source Haaretz.com

Lebanon’s government is already collapsing and this may further the drive Syria to move in and take over. Iran has been working to influence and make certain governments unstable in the whole region. One thing is for sure; the more control Syria gains in Lebanon, the greater positioning for Iran as a Middle East power. For Israel, the situation becomes all the more dangerous.