Ralph Nader Labels Barack Obama As An Enemy Of The State

In his new book, Ralph Nader calls for the end of “unconstitutional wars and unchecked militarism” — and lays blame on President Barack Obama for going beyond even George... 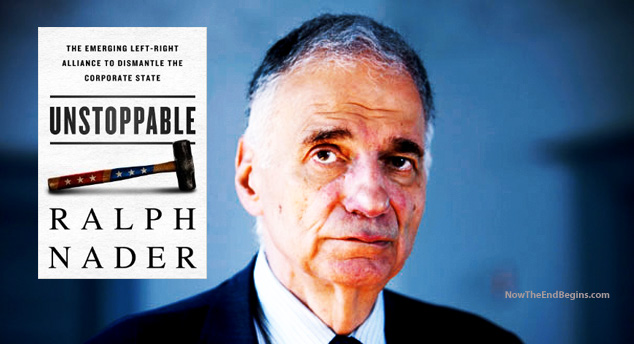 In his new book, Ralph Nader calls for the end of “unconstitutional wars and unchecked militarism” — and lays blame on President Barack Obama for going beyond even George W. Bush.

Nader writes in “Unstoppable” that Obama “has extended the Bush doctrine by declaring his unilateral right, as secret prosecutor, judge, jury, and executioner, to destroy anybody, anywhere in the world, including American citizens, suspected to be engaged in alleged terrorist activities, all this vaguely and loosely defined as anti-U.S. security.”

He continues, “Inspired by the military actions of the Clinton administration, the Obama and Bush teams made a seamless transition into a militarized foreign policy, extending even further the illegal reach of wars of choice, invasions, incursions, and drone attacks, carried out irrespective of national sovereignties.”

The consumer crusader’s new book also makes the case for a bipartisan effort to “dismantle the corporate state.” Nader, best known recently for his unsuccessful presidential runs, writes in “Unstoppable” (out in April), that “positive spirited persons of the Right and of the Left” can, in fact, come together.

“This book is addressed first to those people who are not knee-jerk rejectionists,” Nader writes. “It’s meant for those who want to explore another beckoning pathway — one that can rescue our country from being driven further into the ground and turn into a nation where many more of its inhabitants can fulfill their potential.”

“A major area of potential for building alliances comes from the deep aversion many people have to the wars of empire and corporate control over their lives, particularly the ever-tightening influence of Big Business on the mainstream media, elections, and our local, state, and federal governments.”

Much of the book focuses on Nader’s 25 proposed reforms, including linking the minimum wage with inflation and rethinking the war on drugs.

“The classification and prosecution of drug use as a crime has activated and corrupted law enforcement, encouraged a truly self-defeating form of big government, endangered urban neighborhoods and many thousands of lives, and drained tens of billions of dollars a year from taxpayers.”

Nader says that “almost all the politicians are for sale — with few enough successful exceptions to point to as the preferable, contrasting alternative of politicians actually concerned with the good of the people.” source – Politico