Havana (AFP) – A Russian warship was docked in Havana Wednesday, without explanation from Communist Cuba or its state media. The boat, measuring 91.5 meters (300 feet) long and 14.5... 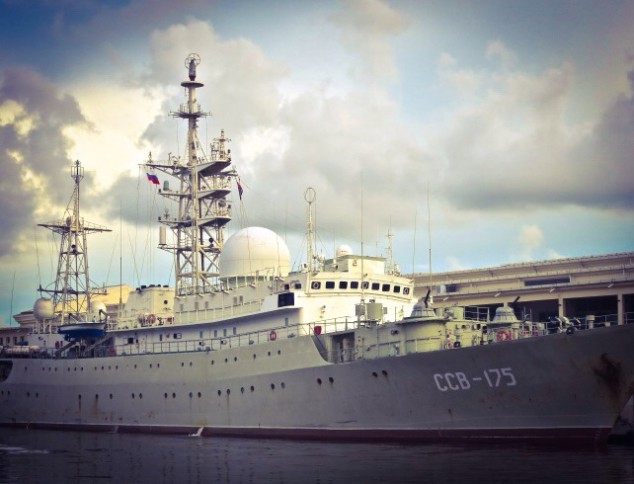 Havana (AFP) – A Russian warship was docked in Havana Wednesday, without explanation from Communist Cuba or its state media. The boat, measuring 91.5 meters (300 feet) long and 14.5 meters wide, was docked at the port of Havana’s cruise ship area, near the Russian Orthodox Cathedral.

The Vishnya, or Meridian-class intelligence ship, which has a crew of around 200, went into service in the Black Sea in 1988 before it was transferred seven years later to the northern fleet, Russian media sources said.

Neither Cuban authorities nor state media have mentioned the ship’s visit, unlike on previous tours by Russian warships.

The former Soviet Union was Cuba’s sponsor state through three decades of Cold War. After a period of some distancing under former Russian president Boris Yeltsin, the countries renewed their political, economic and military cooperation.

The ship is reportedly armed with 30mm guns and anti-aircraft missiles.