PROOF That ‘Innocence Of Muslims’ Movie Made By Muslim Terrorists

Court documents reveal that Nakoula Basseley Nakoula, producer of the movie Innocence of Muslims, partnered in a scheme with Eiad Salameh, my first cousin, a Palestinian Muslim from Beit... 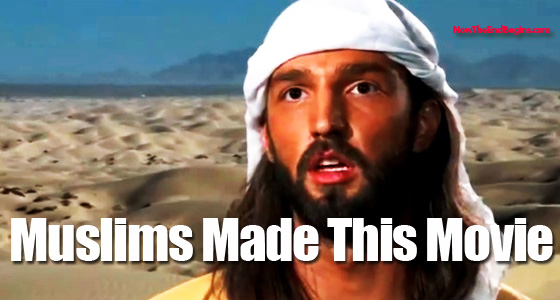 Walid Shoebat: Court documents reveal that Nakoula Basseley Nakoula, producer of the movie Innocence of Muslims, partnered in a scheme with Eiad Salameh, my first cousin, a Palestinian Muslim from Beit Sahour in the Palestinian district of Bethlehem.

To prove my claim, I revealed Eiad Salameh long before this whole fiasco erupted—in 2008 and the first real reportage of Eiad and Nakoula was revealed on September 14th, 2012.

Now do I have your attention?

The narrative that circulates the media fails to answer crucial questions behind the mystery of this film.

For example, to date, no one has stepped forward or can confirm for certain that whoever holds an identity by the name of Nakoula Basseley Nakoula is that man’s true identity. In the Middle East, if a man by the name of Nakoula Basseley Nakoula indeed exists while being blamed for creating a mess of international proportions—which included the anger of over one billion Muslims—it would not be that difficult to find the entire family in Egypt, including brothers, cousins, aunts, siblings wife, wives, ex-wives, mistresses, pets and all.

In the Middle East, no one can hide. Egypt is where the demonstrations that have taken place all over the Middle East and Asia were sparked. Yet, it cannot produce this man’s background?

Besides, why would Nakoula, who claims to be a religious Coptic activist, have extensive connections with Eiad? My cousin hated Copts with a passion and is well-known in the Middle East as a master schemer,probably one of the best the Middle East has produced. He also has multiple contacts with terror networks.

Eiad is from Beit Sahour, Bethlehem. He is a dubious individual who was well known in the Arab community as the main contact for obtaining authentic, legitimate identifications from passports to credit cards, under many nationalities. He then places these identifications into the hands of dubious characters whose names are not the names written on the passports.

Eiad is a Muslim terror supporter and is not an Egyptian Copt. Both my cousin Eiad and whoever this man is who pretends to be Nakoula, had multiple, fraudulent identifications and the two connected for a decade in multiple scheming operations—the type that usually links to terrorism.

The bust came around the time the feds were launching Operation Mountain Express, which would become a huge investigation into pseudoephedrine-dealing involving numerous people of a Middle Eastern background. The authorities initially insisted there were no links to terrorism, but suddenly switched and decided that a chunk of the money was going to Hizbullah.

Eiad, like Nakoula, portrayed and identified himself as an Israeli Jew, a thing Eiad did for years. He even fraudulently holds an authentic Israeli passport.

No one knows for certain that Nakoula is even who he claims to be, but we are 100% certain that both my cousin Eiad and Nakoula had multiple fraudulent identifications and what has never been disclosed until now is that the two were linked for at least a decade.

First of all, clan Nakoula also exists in Eiad’s village Beit Sahour Bethlehem. It is still the little town of Bethlehem, just as it was in Biblical times.

The feds are also silent and have kept much of this issue away from public view. Despite Nakoula’s previous offenses, the Justice Department lawyers and federal agents defended him, giving several excuses to Judge Snyder and pushed for leniency, all because of him supposedly promising to help them catch Eiad.

Via the sentencing transcript:

…he [Nakoula] has implicated Mr. Salamay [aka Salameh] there is no question that Mr. Salamay at some point is gonna be indicted if he hasn’t already been… we all know what’s gonna happen. Salamay is gonna get arrested some day and based on the debriefing information turned over he is gonna enter a guilty plea, or if he doesn’t, then Mr. Nakoula is going to be called in to testify…

This claim by the Feds is false.

If the feds were indeed interested in catching Eiad, he was in fact doing his shenanigans for three decades without a single arrest and despite several arrest warrants issued.

He was in fact finally locked up in January 2011 in Canada as we were told by our contact out of the Intelligence Bureau in Canada (IBC) who wrote us by email (which we have the evidence).

While the Canadians wanted to keep Eiad in custody as long as it took and were working with the Feds to extradite him to the United States, the U.S. preferred not to bring Eiad in to face justice. Instead, they asked the Canadians to fly him to freedom in Palestine.

I received my last email from my contact on July 15th, 2011, which stated: “He is awaiting deportation to Palestine, unless the US hurry up and indict him…” The feds never responded to the Canadian’s last appeal and within a few days, Eiad was put on a plane, courtesy of the Canadian taxpayers.

Where did he go?

The Palestinian terror connection to this film increases once we learned that Nakoula used Eiad’s last name “Erwin Salameh” portraying himself as his brother. As we also obtained from our contact in the IBC, Eiad was also involved with someone having the last name “Tanas” as late as 2011 and Nakoula had used the name “Thomas J. Tanas”.

In addition, the naming convention used by Nakoula in 2009 looks remarkably similar to one of Eiad’s embezzlement operations in 2000.

Nakoula used a fictitious company called M & A Trading in 2009, which he simply switched from Eiad’s A & M Trading as revealed in the U.S. Trustee report in 2001.

I can provide much evidence privately to reliable media, on the condition that the names of the agents remain anonymous (as per their request) but I have disclosed Eiad in all of my seminars to hundreds of FBI agents and police force.

So who is this man behind the film Innocence of Muslims?

To identify his motives, I then obtained a radio interview in Arabic that this supposed Nakoula gave in which he stated that he is not Christian but a secular liberal. He was asked, “What is your position on the Jewish and the Christian faith?” Nakoula responded, “I have no calling for these religions.”

Nakoula, who stated that he was an author of several books on Islam (written in Arabic) refused to give his name to the interviewer. Yet, if court documents give his legal name as Nakoula Bacile/Bassele Nakoula, I found no books under that name. Nothing. And neither did anyone produce them.

Nakoula was lying again and is no Coptic author.

A court document refers to a letter from a friend who referred to Nakoula as “a God-fearing man whose first priority is his family.”

This contradicts what he said in Arabic; he is not interested in Christianity or Judaism and is possibly a Muslim.

Nakoula claimed that he produced the film with his son, Abanob Basseley, and the money for it (between $50,000 and $60,000) came from his wife’s family in Egypt.

None of this has been proven.

What has been proven is that he embezzled millions with Eiad and the money must have come from these scandalous operations, which are usually linked to terrorist activity.

Why would any anti-Islam Christian or even Jewish activist want the destruction of his own? It makes zero sense, unless of course this person intends to do harm to his real enemies—Israel and the Copts.

Both are Eiad’s ardent enemies.

How is it possible that these two would snuggle up together for a decade?

The results of this entire fiasco will not be the apprehension of terrorists, but the continual chipping away at the First-Amendment, since Americans by and large are still practicing the art of self-blame while they ignore the real culprits who enter our country with the intent of doing it much harm. source – Walid Shoebat