President Donald Trump, in a combative news conference on Tuesday, defended his response to the racially charged protests over the weekend, saying both sides were to blame for the clashes in Charlottesville, Va.

EDITOR’S NOTE: Now THIS is the Donald Trump I voted for. He stood his ground, condemned actions by the KKK, called out the fake news media, and then the miracle happened. President Trump also called out the Alt-Left – ANTIFA and Black Lives Matter – and said that they have to be held accountable for their part in the violence that took place in Charlottesville.  Kudos to you, Mr. President. Now go and add ANTIFA to the list of domestic terrorists. Thank you.

“There is blame on both sides, and I have no doubt about it,” President Trump said of the confrontation between white nationalist protesters holding a demonstration in the city and the counterprotesters facing off against them.

The president’s remarks were at odds with his statement on Monday that singled out white supremacists for blame and was issued after the president faced heavy pressure for failing to do so two days earlier. One woman was killed during the violence when a car driven by an alleged white supremacist plowed into a crowd.

Explaining Tuesday why he waited to call out white nationalist groups such as the Ku Klux Klan and neo-Nazis by name, Mr. Trump said: “Before I make a statement, I need the facts.”

The news conference was his first at Trump Tower since taking office, and was the most confrontational appearance since his last news conference at his New York skyscraper on Jan. 11, when he got into a shouting match with a CNN reporter.

Although the focus of the event was on Mr. Trump’s efforts to ease regulations and speed up infrastructure projects, the inquiries from reporters were almost exclusively about Mr. Trump’s handling of the protests, and why it took him more than three days to single out neo-Nazis or white nationalists, who organized the weekend rally.

Out of nearly two dozen questions aimed at the president, just one was about infrastructure. He received no questions about North Korea’s recent decision to back off its threat to fire missiles at Guam, or his first trade action aimed at China, which was announced on Monday.

An increasingly agitated president responded by calling the counterprotesters, who ranged from liberal activists, members of the clergy and students, the “alt-left”—a play on the term “alt-right” that is a catchall phrase for far-right groups that embrace tenets of white supremacy or reject mainstream conservatism.

He suggested there was a slippery slope from removing a statute of Civil War General Robert E. Lee, which sparked the demonstration, and scrubbing from history former Presidents George Washington and Thomas Jefferson, who owned slaves.

Click here to see video of ANTIFA throwing the first punch at the Charlottesville rally. Trump was 100% right in saying that the blame is equal on both sides.

The president’s comments were praised by former Ku Klux Klan leader David Duke, who, on Twitter, thanked Mr. Trump for his “honor and courage to tell the truth about Charlottesville and condemn the leftist terrorists.” Mr. Duke ran for Senate as a Republican.

The tweet drew immediate rebukes from some Republicans, including U.S. Rep. Will Hurd of Texas, one of his party’s few black congressmen.

“I don’t think anybody should be looking at getting props from a grand dragon from the KKK as a definition of success,” Mr. Hurd said on CNN, adding that the president should “stick to the teleprompter and not go off the cuff.”

House Speaker Paul Ryan (R., Wis), who has often defended Mr. Trump this year, moved quickly to separate himself from the president’s remarks at Trump Tower.

“We must be clear,” Mr. Ryan posted on Twitter. “White supremacy is repulsive. This bigotry is counter to all this country stands for. There can be no moral ambiguity.” Sen. Brian Schatz (D., Hawaii) tweeted: “As a Jew, as an American, as a human, words cannot express my disgust and disappointment. This is not my President.”

One adviser to the president, speaking before the news conference, said Mr. Trump was facing heavy pressure from aides, family and friends to clarify his statement on Saturday and condemn more directly the white nationalist protesters. The danger to Mr. Trump is that divisive racial rhetoric will leave him isolated, this person said.

Mr. Trump also was asked about his chief strategist, Steve Bannon, and his future in the White House.

The president has been urged to fire Mr. Bannon by other top White House officials, some Republican lawmakers, as well as Nancy Pelosi, the top Democrat in the U.S. House. But on Tuesday, the president called Mr. Bannon a “friend” and suggested he was safe, at least for now. 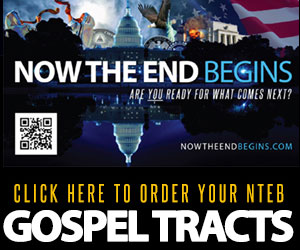 Mr. Bannon, who helped steer Mr. Trump’s election victory, joined the campaign from Breitbart News, which he once described as a “platform for the alt-right.” Brietbart has published such articles as “Hoist It High And Proud: The Confederate Flag Proclaims A Glorious Heritage.”

“We’ll see what happens with Mr. Bannon, but he’s a good person,” Mr. Trump said. “He is not a racist, I can tell you that.”

Some conservatives, though, said Mr. Trump is ill-served by Mr. Bannon’s presence in the West Wing, and calls for his ouster have risen since the Charlottesville violence.

Karl Rove, a former senior official in President George W. Bush’s White House and an op-ed writer for The Wall Street Journal, said Mr. Bannon’s ideology is out of step with that of Republican and conservative thought. “I personally believe that Bannon’s mind-set is unhelpful to the president,” Mr. Rove said. “The idea of blowing up the Republican Party and helping the alt-right infiltrate the conservative movement is unhelpful to my party and my cause.”

Mr. Trump said some protesters Saturday weren’t white supremacists but people there to protest the removal of the Robert E. Lee statute.

Mr. Trump also was asked about the executives who had left White House advisory positions in the wake of his slow condemnation of white nationalists.