Have you ever wondered why president Barack Obama has such a love for the LGBT Movement? As it was revealed this weekend in a shocking revelation, back in the... 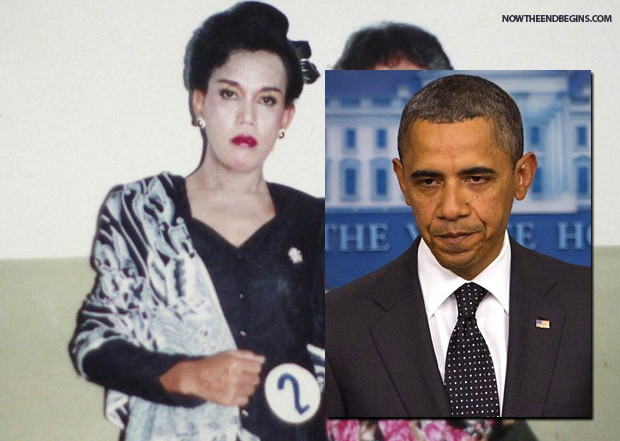 Have you ever wondered why president Barack Obama has such a love for the LGBT Movement? As it was revealed this weekend in a shocking revelation, back in the days when he went by the name Barry Soetoro, Barack Obama was raised by an openly gay, transgendered prostitute named ‘Evie’.

Barack Obama’s former nanny Evie, who was born a man but believes she is a woman, pictured on left.

Barack Obama’s former nanny has been revealed as a gay transgender man who made the future president laugh by trying on his mother’s lipstick. ‘Evie’ cared for the boy she called Barry when his mother Ann Dunham moved to the Indonesian capital of Jakarta in the late 1960s.

Joan Rivers Obama is gay, Michelle is a Tranny from Now The End Begins on Vimeo.

Openly gay, she would leave the house dressed in full drag – but was very careful that Barack never saw her. ‘He was so young and I never let him see me wearing women’s clothes,’ Evie said. ‘But he did see me trying on his mother’s lipstick, sometimes. That used to really crack him up.’

Evie hopes her former charge will use his power to fight for people like her. Obama named Amanda Simpson, the first openly transgender appointee, as a senior technical adviser in the Commerce Department in 2010.

For Evie, who’s now just trying to earn enough to survive each day on Jakarta’s streets, the election victory itself was enough to give her a reason – for the first time in a long time – to feel proud.

‘Now when people call me scum,’ she says, ‘I can just say: ‘But I was the nanny for the President of the United States!’